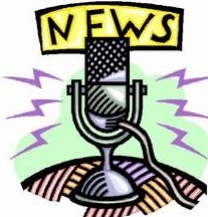 Fairness & Accuracy in Reporting, or FAIR,  has this to say:  “The Republican primary race, which Trump has led with little or no suspense, has received A-list treatment throughout the race, despite having far less drama than the Clinton/Sanders battle. This is consistent with a New York Times study that showed the Republicans receiving three times as much coverage as the Democratic primary—most of which was handed, entirely for free, to the showy frontrunner, Donald Trump.”

Moreover FAIR finds that the media has fallen particularly short in its coverage of Bernie Sanderse’ campaign. Even after Sanders racked up big wins in six of the last seven primary races, on the night he won Alaska, Hawaii and Washington with margins ranging from 70% to 82%, MSNBC and CNN largely ignored the race to instead air a prison reality show and a documentary on Jesus, Alternet reports.

Those snubs led FAIR to conclude, “If cable networks are going to follow the early contests like Woodstock, they could at least give some token coverage to Sanders’ recent string of victories.”

MediaQant, which tracks media coverage across all forms of media, concluded that Donald Trump has received $2 billion worth of free media coverage, compared to Clinton’s $746 million throughout the campaign.  In February, Trump got more free media time than Clinton and Cruz combined.

Might a candidate such as John Kasich or Marco Rubio have fared better in those early primaries if they had received a fairer share of media coverage?  Might Bernie Sanders not be fighting a strong yet come-from-behind race if media had not dismissed his candidacy as nonviable early in the election cycle?

At least one media outlet is now taking steps to rectify its imbalance.  Media Matters published the fact that Trump has dominated the Sunday morning political talk shows since the beginning of 2015, appearing more than any other candidate, (63 times) including 28 interviews by phone -- a privilege the shows have not allowed any of the other four remaining presidential candidates. Subsequently, an NBC spokesman told the New York Times that Meet the Press will no longer allow Trump to do prescheduled call-in interviews, Media Matters reported.

Alternet has criticized mainstream media for providing early and excessive coverage of both Trump and Clinton. While not all of that coverage was favorable, with considerable criticisms of Clinton’s Wall Street cash ties and Trump’s racially charged and violent statements, for example, the overall effect of media saturation of their campaign coverage has resulted in “two candidates with the worst favorability ratings in over a generation” now “poised to be the final options for the most consequential job in the entire world.”

CNN is talking about that candidate right now.