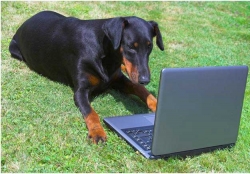 September 19, 2012 (San Diego)—The U-T San Diego’s purchase of the North County Times for $11.95 million dollars has sent shudders across the journalism community locally and nationally.  The deal also includes acquisition of the Californian in Riverside County(no relation to the East County Californian), which was owned by North County Times.

Wealthy publisher/hotel magnate  Doug Manchester, a major funder of anti-gay marriage initiative Prop 8 and other political causes, touted the sanctity of marriage while his own marriage dissolved due to his admitted infidelity.  Now critics contend that his acquisition of newspapers in order to control what news the public reads is, in truth, an unholy alliance.

Rival publications have penned articles fiercely critical of the acquistions, pointing out that under ownership of “Papa Doug” Manchester, the U-T has provided biased coverage of projects favored by developers (including projects in which he stands to personally profit) as well as abandoning even a pretense of unbiased political coverage.

Examples of the pro-development slant include the U-T failing to forewarn the public about Supervisors’ proposal to eliminate community planning groups (a scheme proposed by developers).  It editorialized in favor of an industrial wind development in our region while ignoring negative impacts on public safety and the environment.  The U=T’s owner is also a self-proclaimed cheerleader for a new Chargers stadium and waterfront developments benefitting Manchester’s hotel empire. Notably, his business has had its share of labor issues over working conditions as well as boycotts.  Manchester even sent his hotel chain’s lobbyist to debate labor leader Lorena Gonzalez in a forum on Prop 30, the Governor’s initiative for education funding, covered by the U-T.

The newspaper’s political bias has become overt since Manchester’s takeover. While for-profit newspapers have a right, even a duty to make endorsements in key races as they see fit, injecting editorial slant into news coverage has long been taboo.

The U-T recently launched a new website called Seeing Red, described as a “conservative view of politics.” Manchester, who donated over $118,000 to a Super-Pac supporting Mitt Romney’s presidential campaign and gave big bucks to the Prop 8 campaign to ban gay marriage, recently wrapped the newspaper’s front page in an editorial for Republican mayoral candidate Carl DeMaio and invited Republican candidates to a how-to-get-endorsed while short-shrifting Democratic contenders, to cite two recent examples of flagrant political slant.

The latter included a tour of the new  U-T TV studio with Roger Hedgecock and a session on “how to get noticed by the press, how to craft a press release” for GOP candidates only. MediaBistro blogger Matthew Fleischer wrote: “Wow. Looks like ... Manchester’s U-T San Diego isn’t even pretending to be an objective news source anymore.”

Manchester also hired right-wing radio owner John Lynch as the new chief executive officer---a man who previously sold interviews to a government agency for profit, CityBeat reported.  The skew was also evidenced after the national political conventions, with positive stories on Romney but negative stories on Democrats with titles such as “Democratic Folly.”

Scott Lewis, CEO at Voice of San Diego, observed in a story titled “The Two Faces of Papa Doug” that Manchester has touted “limited government” on a KPBS interview yet supports massive military spending including “the Navy’s effort to build a new headquarters, which benefits, of course, him.”  Lewis added, “In fact, he’s a fan of big government as long as it is based on religious authoritarianism, provides for private enrichment of public assets and spends what’s left on unquestioned militarism.”

Manchester has even raised eyebrows for promoting his religious beliefs in a pro-Jesus editorial last Christmas Day, then turning off comments to squelch criticism.

Such bias violates the basic core tenets of journalism.  Despite the onslaught of opinionated rants on talk radio and the Internet in recent years, real newspapers and professional journalists  are supposed to abide by certain rules designed to protect the public interest—your right to know all sides on controversial matters in order to make up your own mind.

The Society of Professional Journalism’s code of ethics, for example, states that “public enlightenment is the forerunner of justice and the foundation of democracy. The duty of the journalist is to further those ends by seeking truth and providing a fair and comprehensive account of events and issues.” SPJ urges journalists to, among other things, strive for the following:

Full disclosure here; I have no love lost for the U-T’s prior owners.  In fact I sued Copley Press for copyright infringement as a named plaintiff in a class-action suit after finding hundreds of my copyrighted freelance articles had been sold or republished without my permission. (The suit, filed in 2008, was heard by the U.S. Supreme Court and was remanded back to a lower court; where settlement discussions continue.)

But even the Copley’s understood that there was a line not to be crossed when it came to preserving journalistic integrity outside the editorial board room. The old U-T did, after all, win a Pulitzer Prize for investigative reporting, broke many major stories, and despite conservative leanings of the Copleys (who once donated to put elephant fireworks in the sky at the GOP convention in San Diego) the paper on rare occasions endorsed a non-Republican. It also generally presented both sides on controversial land use and development issues.

After acquiring the U-T from Platinum Equity, which briefly owned the paper after buying it from the Copleys, Manchester proceeded to wield an even heftier budget axe, laying off many long-time journalists and popular print personalities. While lay-offs are sadly common in a contracting print news industry, the U-T showed its disdain for preserving journalistic standards when it laid off even Pulitzer Prize winners.

The press is now America’s “fastest shrinking industry” based on job losses, the Council of Economic Advisors has concluded.  A study by USC Annenberg School predicted that most print U.S. daily newspaper will be out of business in five years.  Increasingly, newspapers are consolidating –leaving a growing number of towns and eve major cities with only one major daily print newspaper.

The civic implications of the decline in newspapers are…becoming clearer,” Pew Research Center observes, noting that print and digital newspapers are the primary sources that people turn to for news about government and civic affairs. “If these operations continue to shrivel or disappear, it is unclear where, or whether, that information would be reported.”

The newspaper industry has declined 43% since 2000, according to The State of the News Media 2012, an annual report on American journalism published by the Pew Research Center. “  Of those that remain, more and more are attempting to make money off charging readers for online access. By the end of this year, 20% of U.S. newspapers will charge for digital access, U.S. news industry analyst Ken Doctor forecasts, the Financial Times reported in a March 19 article titled Bleak outlook for U.S. Newspapers.

“When I entered the lobby of the Louisville, KY, Courier-Journal in 1950 (my first day of work as a copy boy) I was impressed by the words inscribed on the wall: `A newspaper is a public trust,’” long-time journalist Joe Schneider recalls.

The Hutchins Commission for a Free and Responsible Press back in 1947 identified responsibilities for media that include a “truthful, comprehensive and intelligent account” of events in a meaningful context, a “forum for the exchange of comment and criticism”, coverage of opinions, attitudes and conditions of all groups, and vigorous editorial leadership.  (From Edmund B. Lambeth’s Committed Journalism: An Ethic for the Profession, Indian U. Press 1992.)

The U-T’s acquisition gives it access to print presses and office space – also opening wide the potential for Manchester to develop the Mission Valley site of the current U-T complex – a lucrative potential.

Manchester had this to say about the acquisition. “We are excited and honored that the North County Times and Californian will become a part of our vision: to better serve San Diego and Temecula through a multiplatform strategy:”

No decisions have been made on staffing, Lynch said. But employees have indicated that Times staffers are being interviewed to see if they will hold onto their jobs. The U-T is conducting market research for guidance on combining operations and a branding strategy.

“Those who love the North County Times should embrace this acquisition, because we’re going to be able to give them more of what they want,” Lynch said.

He has indicated that the U-T is also interested in making more newspaper acquisitions; the company was recently foiled in its attempt to buy the Orange County Times, which sold to a Boston-based buyer instead.

What else might readers expect following the merger of the U-T and the North County Times?  The U-T recently began charging non-suscribers to access articles online, beyond a minimal number allowed free each month.  Thus it would seem likely the Times readers may similarly be forced to pay for content that’s now free online.  It’s also anticipated that investigative reporting will likely be cut in favor of stories touting business and development interests and potentially, censorship of views opposed by the new owner.

Do you value independent, nonpartisan media committed to reflecting all voices and views in our community? If so, now is a great time to make a donation to East County Magazine.  We cover all inland regions east of I-15 in San Diego County as well as issues of interest countywide—and we’ve won dozens of journalism awards--including investigative reporting. As nonprofit media, we are committed to representing the public interest—not powerful special interests.  We hope to expand our coverage of the northeast portion of the County as we grow.—and we believe strongly in keeping news free and accessible to all, supported by you—our loyal readers.

To donate, visit http://www.eastcountymagazine.org/donate  and be sure to choose East County Magazine off our publisher’s list of options.