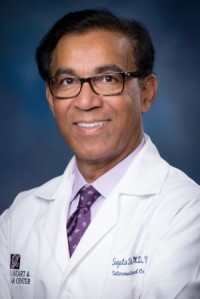 March 23, 2022 (San Diego) – An autopsy of Dr. Sugata Das, the pilot killed October 11 when his Cessna plane crashed into a Santee neighborhood, found no evidence of drugs, alcohol, or medications. The Medical Examiner’s office also indicates Dr. Das had no history of medical conditions and found no evidence of suicide.

The autopsy determined his death was an accident and the cause of death was multiple blunt force injuries.

Dr. Das was traveling to Montgomery Field in San Diego when the flight ran into trouble. An air traffic controller repeatedly warned Das that he was too low, amid clouds, urging him to climb in altitude.

The plane crashed at the intersection of Jeremy and Greencastle, about three blocks east of Santana High School. UPS drive Steve Krueger was also killed when the plane struck his vehicle.

Two homes were destroyed by fire from the crash, displacing residents. 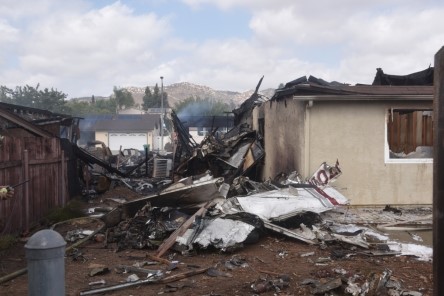 Photo, right, by Tom Abbott:  charred debris of the plane