“By rejecting the Attorney General’s argument that patients who utilize dispensaries must collaborate…to cultivate the marijuana they purchase, the court is establishing a clear standard for dispensaries across the state.” –Joe Elford, Chief Counsel, Americans for Safe Access 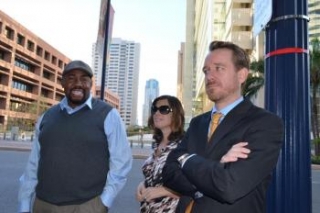 ber 26, 2012 (San Diego)—On Wednesday, the Fourth District Court of Appeal for California issued a unanimous ruling overturning the conviction of Jovan Jackson, the operator of Answerdam, a medical marijuana dispensary in Kearny Mesa.

Following a 2007 raid on his dispensary, Jackson was tried for marijuana possession and sale in 2009 but was acquitted by a jury. San Diego District Attorney Bonnie Dumanis tried him again on the same charges following a second raid in 2009. This time, Jackson was denied a defense under the state's Medical Marijuana Program Act and he was convicted. Superior Court Judge Howard Shore referred to medical marijuana as “dope” and called California’s medical marijuana laws “a scam.”

The Appeals court found that he should have been allowed to present a defense and threw out the conviction. Jackson’s lawyer, Lance Rogers, is still waiting to learn if Dumanis will seek to retry the case at trial court. Also yet to be seen is whether California Attorney General Kamala Harris will appeal the Appellate Court’s ruling to the California Supreme Court.

What was significant in the ruling, according to Rogers, is that the Court found that “medical marijuana dispensaries can sell it. You can sell medical marijuana at retail and patients under the law are not required to grow their own cannabis.” Rogers spoke at a press conference Friday outside the Hall of Justice in downtown San Diego.

Moreover, according to Joe Elford, Chief Counsel for Americans for Safe Access, "By rejecting the Attorney General's argument that patients who utilize dispensaries must collaborate, or 'come together' in 'some way' to cultivate the marijuana they purchase, the court is establishing a clear standard for dispensaries across the state."

If there is no appeal to the California Supreme Court, this has now become the law in the State.

In finding that Jackson was entitled to a defense, the Court also set a precedent providing elements for a defense in future jury trials.

Jackson was sentenced to 180 days in jail, to be served after all appeals. He served 22 days, on a psychiatric evaluation after he tried to represent himself early on because he felt the public defender was not doing a good job. Since then, Jackson has tried to move on with his life and these days he makes his living as a barber.

As he told ECM, his life “was thrown into some chaos and waiting for the decisions has been hard.”

ECM also asked Rogers about the conflict that exists between federal and state law. It is illegal under Federal Law to have seeds, plants or any other product. This has not changed. But ECM raised the issue of a case in the Washington D.C. courts that is seeking to reschedule marijuana from Schedule I to Schedule II, which would allow it to be prescribed by doctors. The court expects to hear the case within months. Rogers hopes that this rescheduling does happen.

Locally, raids in the last two days since the ruling have intensified, said Rogers, adding that there is a list going around telling collectives to close up shop or face the law.

We also had a chance to ask about HIPPA, since privacy of patient records are not protected during raids. Rogers said that forms used at the dispensaries are not considered medical records, therefore according to the Courts, there is no violation of privacy rights.

Chiefly Rogers affirmed that as a result of the California court ruling, medical marijuana patients “are not criminals.”