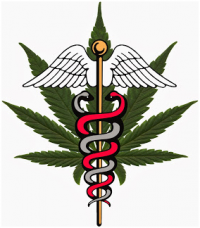 An interim urgency ordinance to enact a moratorium is one option that the board could adopt, the Chief Administration Officer advises.  It could “prohibit to the extent allowed  by law the ability for new medical marijuana collective facilities to be established.”

The Supervisors’ meeting begins at 9 a.m. Wednesday and the marijuana measure is third on the agenda.

The County has just one legally licensed medical marijuana clinic, near Gillespie Field in unincorporated El Cajon.  Proposals for several more are pending.

When a doctor believes marijuana can help a patient then it should be provided. Tax and control sales like we do with alcohol and tobacco products and use the money to fund education and treatment programs.
When my mom was dying from cancer her mood and appetite improved after using marijuana that was purchased "on the street", the money going to a dealer and ultimately to the Cartels.