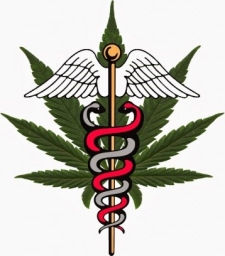 March 24, 2015 (Ramona) - An application for a medical marijuana collective in Ramona has been submitted to the County of San Diego. If approved, it would be the county’s second legally licensed medical marijuana facility, situated in an industrial-zoned building at 1210 Olive Street.

But it faces opposition. Jim Piva, chair of the Ramona Planning Group, voiced concerns during a citizens’ advisory meeting at the Ramona Sheriff’s station that highways in the area are already dangerous and that a medical pot shop “just doesn’t fit.”

The Ramona Sentinel reports that Piva stated, “Folks from throughout the county will be driving to Ramona, no fear with our roads, possibly high on marijuana."

Planners don’t get a vote, however, since the application process requires only a building permit to comply with zoning requirements and an operating certificate from the Sheriff’s department, after a background check and other rules are met.

Lieutenant Richard Williams with the Sheriff’s office said public comments will be considered before the Ramona Sheriff’s station issues a recommendation on whether or not the collective should be licensed.

Currently, the only legal facility is the Outlier Collective near Gillespie Field in El Cajon. Advocates of medical marijuana patients contend that patients should not have to travel long distances to access medical cannabis.

Ramona, friends and family…we are stoked and honored to have received the go ahead from the County of San Diego, to be the ones to bring a better quality of life and hope to the Ramona area. We are super excited about the up and coming year and looking forward in getting involved with the local community in many ways. Congratulations again Ramona and remember to Keep it Classy!!... olivetreepa@gmail.com

People who use marijuana for medical or recreational reasons are not a threat. Piva's statement that "highways are already dangerous" does not make sense.