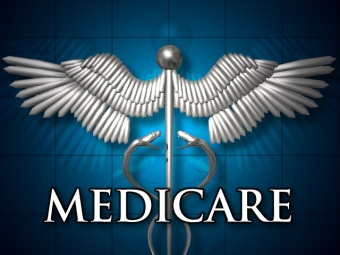 October 15, 2018 (Washington D.C.) — A budget proposed by House Republicans would cut Medicare, the federal healthcare program for senior citizens and the disabled, by $537 billion.

That violates a campaign promise made by Donald Trump when he was running for President and pledged, “Republicans believe that a Medicare program that was created for seniors and paid for by seniors their entire lives should always be protected and preserved.”

But this budget, if enacted, would take away those protections. The budget not only has deep cuts in the Medicare program, it also imposes new caps expected to result in cuts in premium payments to senior citizens. In addition, it moves toward a system of private health insurance plans as alternatives, The Hill reports. It would also slash Medicaid and other health programs, many for the poor, by $1.5 trillion.

Republican House Speaker Paul Ryan has long been pushing to create a Medicare exchange where seniors would get a set premium that they could choose to use for private insurance coverage. While choice may sound desirable, it only works if the funds seniors receive from the government are enough to cover the costs of policies, and if coverage is adequate to cover seniors’ medical needs.

There’s also no guarantee that private companies’ policies would cover as much as Medicare covers, or that pre-existing conditions wouldn’t be excluded.

The primary benefits of the proposal, it appears, would be to insurance companies.

The budget also has deep cuts in programs to alleviate poverty, education and more.

Republicans tout fiscal responsibility in advocating for the budget cuts. But the Republicans’ recently enacted tax cuts for the wealthiest Americans drastically increased the federal deficit, providing tax relief for millionaires and large corporations at the expense of seniors and the disabled, if the proposed budget is approved.

Thanks for sharing the great read. Medicare insurance is one of the most beneficial insurance plans which offers a bundle of amenities to the people who choose to enrol under it. There has been seen a lot of changes in Medicare insurance every year in order to provide more amenities to the people. In order to know about these changes, one should always try to contact the experts by browsing the internet. As experts have better knowledge about this field, they can give better suggestions about it.