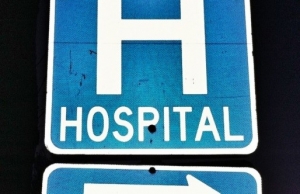 July 28, 2015 (Washington D.C.) – A study published in the Journal of the American Medical Association (JAMA) shows dramatic improvements in the care and safety of Medicare patients.  Across the nation, the death rate among Medicare patients fell 16% from 1999 to 2013. In addition, hospitalizations dropped sharply – and costs also fell sharply.

Researchers looked at records of over 68 million Medicare patients age 65 and older.

The study also examined hospitalization rates and costs for Medicare’s “fee for service” program in which doctors and hospitals get paid for every procedure or visit.  That accounts for 71% of the entire Medicare program.

Hospitalizations of fee-for-service patients dropped 24% from 1999 to 2013—and patients who were hospitalized were 45% less likely to die in the hospital in 2013 than back in 1999.

So what accounts for these huge improvements in the U.S. healthcare system?

Back in 1999, an Institute of Medicine report found hospital errors killed up to 98,000 patients a year, sparking reform efforts. Since then, hospitals have been working to improve safety.

Improved treatments and medications for conditions such as cancer and heart disease likely play a role, along with improvements in public health, such as a reduction in smoking and cleaner air.

Dr. Krumholz, the study’s author, has voiced surprise to find such dramatic improvements in patient mortality rates, hospitalizations and costs in such a short time.