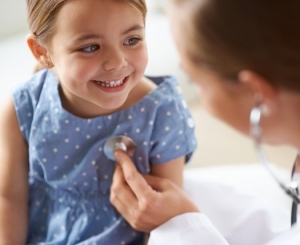 July 31, 2015 (California)--Medicaid, or Medi-Cal as it's known in California, turns 50 years old this week – and a new study shows it has improved the lives of millions since its inception in 1965.

The Georgetown Center for Children and Families examined data on Americans who utilized Medicaid benefits as children, and found they are much healthier as adults. Participants tended to have lower blood pressure, and continue to make fewer emergency room visits, ultimately saving taxpayer dollars.

Joan Alker, executive director of the Georgetown Center for Children and Families, notes the studies found participants also make more money as adults, and are more likely to surpass their parents' income level.

"Some studies are now finding that children who received Medicaid actually pay more taxes as adults and use fewer government subsidies," she says. "The government is getting a great return on investment by providing kids with Medicaid."

The studies also found that adolescents with Medicaid are more likely to go to college and have lower rates of drinking, smoking, eating disorders, and risky sexual behavior.

In California, half of the state's children are on Medi-Cal – more than five million kids. Beginning next year, the Golden State goes one step further by extending Medi-Cal to undocumented children. Mike Odeh, associate director of health policy at the Oakland-based nonprofit advocacy group Children Now, says the program is a critical part of the healthcare system.

"Medicaid works. It's an incredibly important program in making sure that kids are on track developmentally, are prepared for school and ready to learn and stay healthy so they can live and grow," he says.

The Georgetown study also found that Medicaid cut the percentage of uninsured children in the U.S. by half in recent years, taking it from 14 percent down to seven percent.