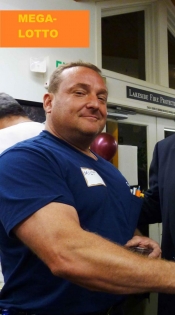 Cyphert, who led opposition to the Sunrise Powerlink, then revealed ambitious future plans.

“First off, we’re going to withdraw SDG&E’s proposal to gouge, er charge ratepayers for the wildfires that it caused,”he said.  “Second, SDG&E will immediately begin demolition of the abomination known as Sunrise Powerlink.”

Asked how he plans to meet our region’s power needs, Cyphert said he will encourage the 79,000 members of ECCAC   who opposed the Powerlink to buy shares of stock.  “We are confident that seeing an energy company actually do the right thing will encourage citizens around the country to invest in Sempra, too, which will be renamed “People’s Power.”

With profits from rising stock prices, Cyphert predicted, “We will  invest in building shade structures topped with solar panels on parking lots across San Diego County, starting with our beaches, parks and shopping malls.”

Cyphert, a heating and air conditioning business owner-turned power company mogul, added, “Oh, and those nuclear plants at San Onofre? Since they’ve been down for two months due to those leaking pipes, we really don’t need them. We’ll be shutting down the nukes and shipping the waste off for storage someplace far from earthquake faults.

Slathering on some sunscreen, he concluded, “Then we’ll host a community beach party to soak up some sun and celebrate solar power for the people.”