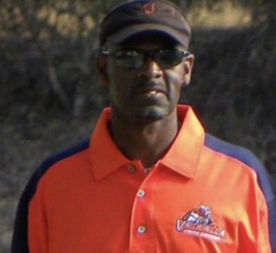 June 29, 2018 (Rancho San Diego) –Carter Yarborough, 48, a Valhalla High School cross country and track coach, was killed Sunday morning when his motorcycle struck a Sheriff’s vehicle that had pulled into his lane after a left turn on South Coast highway in Encinitas, Patch.com reports.

A memorial Mile in his memory will be held tonight at 6:30 p.m. at Valhalla.  Team members, alumni, and friends are invited to participate in the walk of remembrance.

“Valhalla lost a great coach and even better man. Join us as we celebrate the life of Coach Carter Yarborough,” the school tweeted.

“We are all still in shock and disbelief at the sudden news,” a post on the Valhalla Norsemen page states. “The Valhalla family sends out their love and support to the Yarborough family.”

Born in Texas July 12, 1969, Yarborough moved to California in 1976 with his family, graduating from Monte Vista High Shcool in 1987.  A track star at Monte Vista, he earned an athletic scholarship to Cal State Los Angeles and went on to win NCAA titles in the 10K.  After receiving a degree in sports medicine, he joined the U.S. Army.

Later he worked at Sycuan Casino for 20 years and coached Cross Country and Track at Valhalla for two decades, leading the Norsemen to one of the schools' most winning records including 10 league championships and consecutive CIF championships.  He also mentored many to attain athletic achievements in their own college careers.