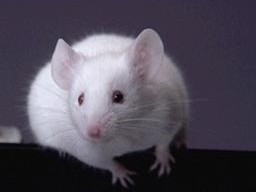 March 1, 2016 (San Diego) – Here’s some memorable news: researchers in Australia have been able to fully restore memory loss in 75% of mice with Alzheimer’s, using a pioneering new treatment.

The technique uses ultrasound technology, a non-invasive procedure, to clear out neurotoxic amyloid placques from the brain that cause memory loss in Alzheimer’s patients. The sound waves opened up the blood-brain barrier for several hours, long enough to stimulate the brain’s microglial cells to active and clear out toxic beta-amyloid clumps responsible for the most devastating Alzheimer’s symptoms.

This ground-breaking research was done at the Queensland Brain Institute, affiliated with the University of Queensland. Results of the dramatic findings were published in Science Translational Medicine.

The mice had no damage to surrounding brain tissue and performed normally on all memory tasks after the treatment.  The treatment is affordable and holds promise to finally offer a cure for the devastating cognitive decline caused by Alzheimer’s disease, which accounts for 60 to 80 percent of dementia cases, according to the Alzheimer’s Association.

Jürgen Götz, on of the researchers on the team, said in a press release,."We’re extremely excited by this innovation of treating Alzheimer’s without using drug therapeutics," one of the team, "The word ‘breakthrough’ is often misused, but in this case I think this really does fundamentally change our understanding of how to treat this disease, and I foresee a great future for this approach."

Next up, the team plans tests on larger animals including sheep and hope to launch human clinical trials starting next year.