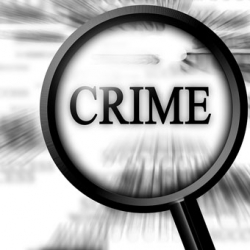 February 25, 2015 (Spring Valley) - The Sheriff’s Department is warning Spring Valley residents about two masked men who tried to lure a 13-year-old girl into a van.

According to Sergeant Pat McEvoy, a newer model black Ford van with dark side windows pulled up beside the La Presa Middle School student, who was walking to school near the intersection of Orville Street and Maclay Street Tuesday morning at 8:50 a.m.  A side door was open and the girl saw two men in the back, wearing masks.

The men tried to entice the girl into the van, but instead she ran to the school. The suspects were white and in their 20s, but have not been located.  The van was last seen heading east toward Orville.