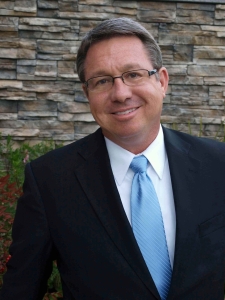 September 30, 2016 (El Cajon) --  El Cajon Mayor Bill Wells issued the following statement to clarify his remarks made in a  Sept. 28 press conference regarding the shooting of Alfred Olongo by an El Cajon Police officer.

“I have been asked by several people since yesterday’s press conference if I intended to suggest by one of my responses that it is my opinion, after having watched the video, that the officer’s use of his firearm was not justified.  This was absolutely not my intent.


In answering a question from a reporter regarding how I would feel if the individual in the video was my son, I attempted to convey in my answer, as a father of three young adults myself, the very human anguish I would feel if that were the case.

I did not intend to convey the message that what I saw on the video suggested to me that the use of the officer’s firearm was unjustified.

However, as I also stated during the press conference, I, as Mayor, must leave such conclusions to the outside investigators of the San Diego County District Attorney’s Office and the Federal Bureau of Investigation and I am confident that their conclusions will be fully based on all the evidence they have at their disposal, not just the video recording.

Finally, I also want to make clear that I have nothing but respect for our police officers and the challenges they face on a daily basis in the field.  I truly believe that the El Cajon Police Department is one of the finest police departments in the Country.