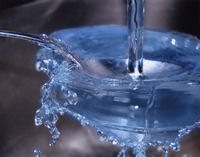 Board votes down motion to cut spending to reduce water rate increases
After hearing heartfelt testimony from several dozen speakers from the San Diego region, the Metropolitan Water District of Southern California Board of Directors voted to follow its own Administrative Code and vote on adoption of its next two-year budget and rate increases in April. The recommended budget includes two more years of rate increases, “averaging” 7.5 percent for 2013 and another 5 percent in 2014.
Following the board’s decision to keep the budget rate adoption in April, the Water Authority made a motion requesting that staff return to the Board with budget reductions that lower the proposed water rate increases. That motion failed.
“This is a particularly disappointing vote, considering the testimony of so many people at yesterday’s public hearing who asked MWD to go back and take another crack at cutting expenses before it raises rates again,” Michael T. Hogan, chair of the San Diego County Water Authority Board of Directors, said.
MWD planned as late as Monday to rush approval of its budget and rates today – in contradiction of Section 4304 of its own Administrative Code, which requires MWD to adopt rates and charges in April. Yesterday, after listening to dozens of concerned residents, elected officials and water officials from around San Diego County protest MWD’s bloated budget, continual rate increases and illegal rate structure, MWD’s Finance and Insurance Committee recommended the MWD Board consider adoption of its 2013 and 2014 budget and rates in April. MWD’s full Board approved the committee’s recommendation today.
“MWD’s Board heard loud and clear our region’s opposition to the proposed rate increases, and its intention to set rates in a manner that ignored public input,” Hogan said. “My sincerest thanks go out to the elected officials, civic leaders and individual ratepayers who traveled to Los Angeles to deliver that message.
“We will continue to push for rate and budget reforms at MWD.  The Water Authority, which provides 25 percent of MWD’s revenues, has the largest financial stake in ensuring that MWD’s rates and budget are legal, and that the agency itself is fiscally sustainable.”
The Water Authority has launched a new website – www.MWDFacts.com – to provide greater information and transparency into the powerful and secretive Metropolitan Water District. The Water Authority is the largest member agency of MWD, which serves more than half of California’s population in a service area with a gross domestic product of greater than $1 trillion.
MWD’s proposed rate increases, if adopted, will more than double MWD’s treated water supply rate from 2006 levels by 2014.  The Water Authority’s delegation on the MWD Board of Directors has continued to raise questions and concerns about MWD’s budget and rates. The Water Authority’s concerns include:
“MWD does not need these new water supply projects, and they do not benefit MWD’s water ratepayers, yet MWD continues to pay for the local water supply costs of member agencies,” Hogan said. “During the March 13 Board meeting, six new water subsidy agreements were approved, including four with the Los Angeles Department of Water and Power.”

To read more about the Water Authority’s concerns with MWD’s budget, visit www.mwdfacts.com/wp-content/uploads/2012/03/sdcwaletter.pdf.

MWD’s rate structure for 2013 and 2014 also continues rate-setting practices that are the subject of a lawsuit brought by the Water Authority in 2010, currently pending trial in San Francisco Superior Court.  (For more information, see www.sdcwa.org/mwdrate-challenge.)
# # #
The San Diego County Water Authority is a public agency serving the San Diego region as a wholesale supplier of water from the Colorado River and Northern California. The Water Authority works through its 24 member agencies to provide a safe, reliable water supply to support the region’s $186 billion economy and the quality of life of 3.1 million residents.