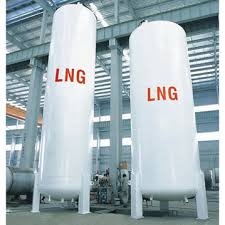 June 22, 2010 (San Diego) - A Mexican court has suspended operations of a liquid-natural gas (LNG) plant operated by Sempra, parent company of San Diego Gas & Electric Company.  The order follows a dispute over ownership of a parcel adjacent to the terminal site.

Officials of Sempra LNG, a subsidiary of Sempra Energy, reported yesterday that  Sempra learned on June 18 that a Mexican federal district court issued an order June 17 directing Mexican regulatory authorities to provisionally suspend authorizations for operation of Sempra LNG’s lterminal near Ensenada, Mexico, pending further legal proceedings. Those proceedings will address an action by Ramon Eugenio Sanchez Ritchie based on his claim of possession of a land parcel adjacent to the terminal property.

Sempra, in a press release, indicated the court order was issued without notice or an opportunity for Sempra LNG to be heard.  According to Sempra, the company purchased the parcel in 2006 after already having obtained all permits necessary to construct and operate the terminal. Sempra claims that none of these permits are conditioned on ownership of the land parcel in dispute.

According to Ritchie, the court order arises from a four-year court battle between Energia Costa Azul and Sanchez Ritchie over a vital parcel of land that was part of the "set back cushion," which was an express condition to Energia Costa Azul obtaining operational permits from the Mexican environmental agency, "SEMARNAT."

On May 26, 2010, the Fifteenth Second Collegiate Circuit Court in Mexicali, Baja California, MX, returned possession back to Sanchez Ritchie.

In response to  Ritchie’s claims, Darcel L. Hulse, president and chief executive officer of Sempra LNG, said: "Sanchez Ritchie has engaged in a long-running campaign, financed by others, to discredit Sempra. He and his financial backers are misusing the judicial, political and regulatory processes of Mexico in an attempt to extract money from the company. We believe that Mexican authorities will see these efforts for what they are and overturn this egregious and irresponsible court action.”

That’s contrary to a statement issued by Hulse on June 17, shortly before the court order was issued. "Regardless of the final resolution of the land dispute, it will have no effect on our authority or ability to operate the LNG terminal," Hulse said then. Mexican authorities on the same day issued a federal court order to shut down the plant.