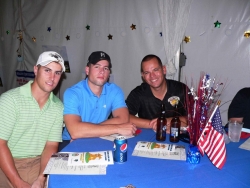 October 22, 2009 (Rancho San Diego) – Spending a sunny autumn day golfing was a welcome change of pace for U.S. Marine Corporal Andrew Johnson, a veteran of the war in Afghanistan. “It’s nice and relaxing to get away,” Johnson said. Johnson was among the military personnel and veterans who participated in the “It’s in the Hole” golf tournament sponsored by the Rancho San Diego-Jamul Chamber of Commerce at Cottonwood Golf Course.  The Chamber offered members and guests the opportunity to play golf--or sponsor a U.S. military member or veteran. 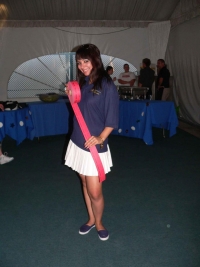 “It was a fun time,” said Navy airman Joey Zaliagiris, who joined Johnson and U.S. Marine Lance Corporal Elmer Ugarte, an Iraq War veteran, at a dinner catered by Outback Steakhouse after a day of golf.

“We had about 68 golfers and nearly 100 people at our dinner,” said Valerie Harrison, president of the Chamber, which recently celebrated its second anniversary. 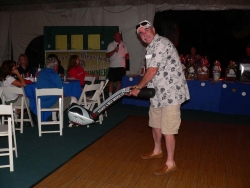 The Chamber presented awards to the winning golfers—also awarding a giant inflatable golf club as a gag gift to the golfer with the highest score – to make sure he won’t miss any shots the next time around. 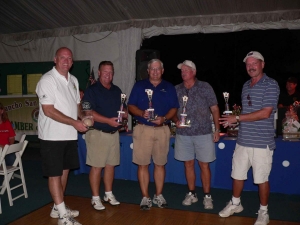 That's great to see you raising money, you guys are puting a lot of hard work in and it's paying off. Keep it up guys.
modern canvas