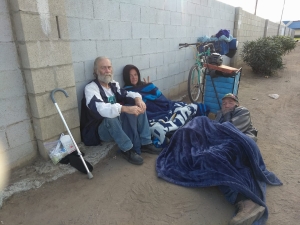 Next meeting set for Sept. 6 in Lakeside as community seeks solutions to its growing homelessness problem

August 29, 2018 (San Diego’s East County) -- Eric J. Lund, Director of the East County Homeless Task Force and CEO of the East County Chamber of Commerce, announced last week that East County will receive $2 million out of the $18.8 million in state funding for San Diego County to solve the homelessness problem. 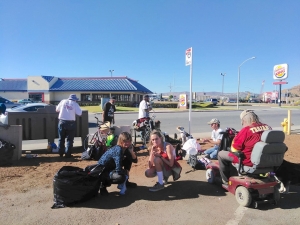 “Money will come in the next year to the Regional Homeless Task Force and will be directed to all the service providers,” said Lund. Based on the 2018 Point-in-Time-Count, there are 1,087 homeless people in East County. Among them, only 419 are sheltered.

Lund said the state funding would be mainly spent on housing, adding, “Once we get them into housing and then connect them with services, that really solves the problem about 90% of the times.”

The new funding will come as welcome relief to communities that have been impacted by rising homelessness.

The announcement was made last Wednesday during the East County Homeless Task Force (ECHTF) meeting organized in Lakeside by the local chamber of commerce that gathered over 100 volunteers and different organizations working on eradicating homelessness. 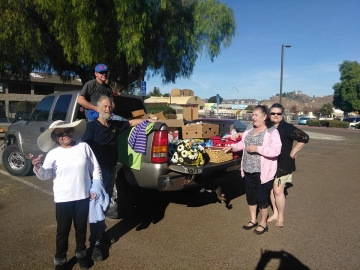 One way to provide housing for the homeless is through subsidized vouchers for renting. Lund said he recognizes the lack of affordable rental units, but adds, “I know we have 1,000 rental units in East County for sure.” He says the task force needs to help landlords understand that “we have ways to mitigate any damage somebody does and that these people tend to be very good people once they get into a place because they appreciate it so much.”

“The caveat to obtaining our services is that the individual must be seeking treatment for a mental health illness because that’s the most common denominator among the homeless population, “said Sailler. She added that her organization provides “ongoing case management, housing navigation and peer support that never expires.”

Matthew Philben, President of the Anthem Real Estate Ventures, provides homes to almost 150 veterans and other people with special needs who live in the streets. Philben shared his views: “The challenge will be delivering the actual housing units that are at a price low enough that people can afford.” He said not all housing programs work because some of them impose “unrealistic parameters either in the payment standards or in the regulatory burdens placed on property owners who would otherwise want to participate.”

Raising awareness is another priority on the ECHTF agenda. Lund notes that “75% of the homeless people in San Diego come from your communities. Most of the people who are homeless in Lakeside come from Lakeside.”

Speaking of Lakeside, this meeting is the first attempt to gather the community to evaluate the situation and find solutions. Lakeside has no notable services for the homeless, except for local volunteers and churches providing donations. Moreover, there are homeless campgrounds on the riverbed in Lakeside causing issues with pollution and safety, based on Lund’s statement.

Terry Burke-Eiserling is one of the very few locals volunteering with the ECHTF and she has been focusing on the youth for the past year, now working on a “drop in” center in El Cajon that will allow homeless youth “to have a place to drop in to late afternoon – evening hours and there would be resources that could be shared with them about where they can get services from, which is a cool idea.”

Asked about potential help for the Lakeside youth, Burke said, “There isn’t anything directly happening for Lakeside. I am not quite sure what the solution for that is right now.”

The community is invited to participate in the Housing Affordability Regional Workshop focused on East County at the Lakeside Community Center on September 6 at 6:00 p.m.