August 17, 2014 (San Diego's East County) - Yes, I believe in miracles, for in my lifetime I have witnessed and been personally involved in miracles. John Miksa has authored a book, with the assistance of Scott P. Leary, M.D., about the ultimate miracle; Lasting Impact: My Miraculous Recovery From Total Paralysis. 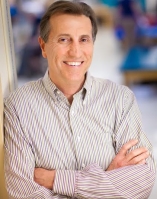 From reading this well-written and poignant story and having a lengthy phone conversation and interview with the author, Miksa was at the doorstep of death or at the very least in total paralysis for the rest of his life. This book is about faith and the resiliency of the human spirit. As a matter of fact, the author attributes his miraculous recovery to his faith, as he states in this book: “Why do you think this happened to you? I found my answer to be simple and inextricably linked with my faith – it was God’s plan. I believe that he has a higher purpose for all of us. By surviving this tragic accident and recovering completely, I am able to bear witness to His miracle. It is my way to fulfill His divine plan.” So you might say, Miksa’s book and story is about divine intervention! 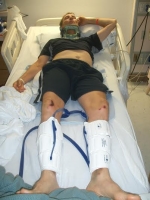 “NO! STOP! NO!” These are the last words John shouted before being struck violently by a car turning into his bike lane. The impact ripped John’s bike away and sent him bouncing and careening off the top of the car. Everything went into slow motion as he seemingly drifted to the ground while looking skyward. Then he slammed onto the street, landing hard on his back, neck, and right arm and shoulder. The pain arrived instantly, searing through his neck and arm. Lying on his back and writhing in agony, he looked to his right, certain that he would see his right hand in flames. With this graphic depiction of events that happened on that fateful day in August, 2009, I can almost feel the hurt and pain that Miksa felt.

While citizen responders called 911 and offered John comfort, within minutes it happened. His legs slowly dropped to the ground. Like a tarp being removed from his body and taking with it all of John’s ability to feel and move, he knew something terrible had just happened. He starred into the eyes of a young woman supporting his head and said, “I can’t feel or move anything. My God, I’m paralyzed!” At that very moment, John did not know if he would die or be paralyzed from the neck down for the rest of his life. It is these types of heartfelt and precise details throughout this book that has the reader so in tune with the author, as he carries you through his miraculous recovery.

Caption: Mercy Air crew with me (Miksa) at their Carlsbad, CA base; they kept me alive and stabilized while flying me 30 miles south to the Scripps Memorial Hospital La Jolla (SMH-LJ) trauma center 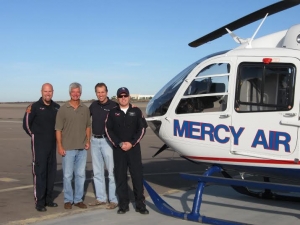 Whisked away from the accident scene by ambulance to an awaiting life-flight helicopter, John was flown thirty miles to a trauma center. Diagnosed as quadriplegic and in spinal shock, John was told by the neurosurgeon that his chance for even the slightest recovery was less than 1%. He was destined for a lifetime in a wheelchair. What happened next was nothing short of a miracle.

As this book and story is a joint project between Miksa and the neurosurgeon that performed the life-saving operation on him, Scott P. Leary, M.D., it is important to note the initial feelings and impressions of this gifted surgeon. In the introduction to this book, Leary states: “I was not confident the surgery would change anything. The damage appeared too extensive and too severe. But I thought it was worth a shot, and I hoped to convince John and his wife to let me proceed.” Dr. Leary further states: “Every so often, a seminal event occurs. Something that is wildly fantastic and entirely unpredictable. Many times, these events are referred to as miracles. Miracles, by definition, defy logic and transcend scientific reason. Such events surpass all known human powers and eclipse the laws of nature. They are supernatural.”

Caption: Authors together on 10/22/09 in Dr. Leary's office the day my neck brace came off for good! 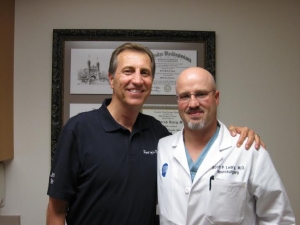 Perhaps the defining moment and point in this story of Miksa’s miraculous recovery from total paralysis is Dr. Leary’s decision to operate on him immediately, imploring the author and his wife Sheri to give him permission to proceed with surgery. At the same time, the author points out that Leary informed him and his wife that many renowned hospitals might follow a different protocol and wait several days before operating and allow the swelling to dissipate. His best medical advice, however, was that they not wait another moment. It turns out that decision made jointly on the part of the author and his wife, along with his doctor, is why we are now reading this book and marveling at this miracle. 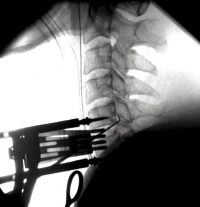 I am thoroughly impressed with the mastery of medical terms and technology on the part of Miksa, such as “NG” tubes and “C6” vertebra, but having gone through an extended and similar hospital stay myself, having this same “NG” tube inserted in me for feeding purposes, much of what the author describes in this book resonates with me on a personal level. It even touches me emotionally, realizing that what I experienced was similar to the miracle recovery that the author had. I actually stayed in the hospital in my hometown of Chicago for an entire month, with these same “NG” and “ET” tubes inserted in me as Miksa describes in his book, after my surgery for Leiomyosarcoma, or cancer. Never having to undergo chemotherapy was a victory for me, as with Miksa regaining the movement in every part of his body. Miska is very graphic in his depiction of his surgery and treatment afterwards, even including in his book photos of himself almost immediately after surgery and x-rays showing the necessary fusion with titanium plate and screws. One could possibly say that the author and I are kindred spirits in that regard.

Caption: Sheri giving me a 'good luck' hug just before the start of the 'Celebration Ride'; my jersey is a one-of-a-kind!

Miksa is effusive in his praise of the medical team and personnel at Scripps Memorial Hospital in La Jolla, California, on that fateful day in August 2009, as well as those in the rehabilitation center that would give him encouragement and hope, and facilitated the full use of his limbs. He singles out many of these people in his book, who remain friends for life. Besides his wife and family, along with Dr. Leary, Miksa has special praise for Dr. Gail Tominaga (Dr. T) and a Nurse Jackie, whom he indicates in his book as “definitely had the caring gene.” He considered all those that had a role in his miraculous recovery as his extended family.

A particularly poignant passage and reference in the author’s book is titled “What Might Have Been.” Miksa states: “Shortly after finishing dinner, my roommate in bed 160B came back from the dining room and introduced himself. Jim was about my age and quadriplegic. There I was, face-to-face with a man in a wheelchair who represented what might have been my destiny, if not for a miracle. His large personality was only surpassed in size by his sense of humor. Jim had perfected the art of snappy chatter. From that moment to this day, whenever I have seen Jim or spoken to him on the phone, he has a permanent smile on his face and in his voice – this from a man who suffered a complete spinal cord injury from C2 to C7.” That says everything that needs to be said about the author, but he follows up by stating: “Jim gave me all the inspiration I could ever have wanted.”

Perhaps it is best to hear this miraculous story from the author himself, by clicking on the YouTube video here. As I have written more than 150 book reviews, this book will have a “Lasting Impact” on me, and I am sure all others that get to read it. 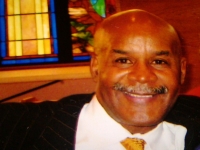 Dennis Moore is a writer and book reviewer with the East County Magazine in San Diego and the book review editor for SDWriteway, an online newsletter for writers in San Diego that has partnered with the East County Magazine. He is also the author of a book about Chicago politics: “The City That Works: Power, Politics and Corruption in Chicago.” Mr. Moore can be contacted at contractsagency@gmail.com or you can follow him on Twitter at: @DennisMoore8.