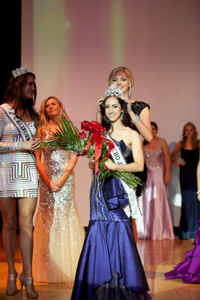 Stephanie Grecco is a 21 year old student at Cuyamaca College, and is currently working toward her Associates Degree in Music Industry Studies. She plans to attain her Bachelors of Music in Vocal Performance. Stephanie enjoys singing, song writing, playing piano and guitar, and hopes to one day impact lives with the music she creates.

Gigi Gauthier is a 14 year old freshman at Steele Canyon High School. She is a JV cheerleader and a member of the Track Team. After graduating 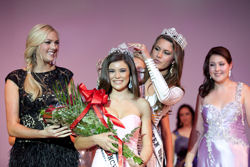 from High School she will attend a University and pursue a career that involves helping others. She is a member of SPRITES of East County, a mother/daughter philanthropic organization that has helped her receive the Gold Presidential volunteer award for completing over 250 hours of community service.

The Miss Rancho Jamul title has not been awarded for the past two years as there was no one who was able to successfully hold the pageant.  The pageant is being directed by Laura Boehmke, Steel Canyon High School Teacher; Michelle Ditomaso, Former Grossmont Union High School District Guidance Counselor; and Alexandra Kuty, Director of the Miss La Mesa and Miss Santee Pageants.