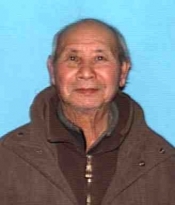 "Mr. Lee became disoriented on his drive yesterday.  He was able to find his way home this morning shortly after the missing person bulletin was sent out," said Lieutenant Andra Brown with the San Diego Police Department.

He had last been seen yesterday morning, when he left home in his vehicle and said he was going to a store nearby, but never arrived.