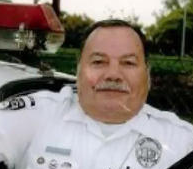 March 31, 2014 (San Diego's East County)-- The search for David Marquez, 73, who was reported missing on March 27 and was last seen March 23 by family and friends, has ended with the discovery of his body yesterday morning by a San Diego Search and Rescue team. The deceased man was found about two miles from his vehicle, which was parked on the shoulder of Interstate 8 near the Crestwood exit.

"It appears that Marquez may have run out of gas and left his vehicle on foot with the hope of finding assistance. There are no signs of foul play," said Lt. W. Miller, Division Patrol Watch Commander with the El Cajon Police.

Marquez, a resident of El Cajon previously served as a Retired Senior Volunteer with the El Cajon Police Department. He had recently been diagnosed with early onset Alzheimer's and was also diabetic