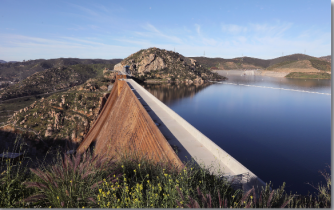 August 11, 2018 (Lakeside) – Divers searching for a 12-year-old girl who fell overboard from a ski boat into San Vicente Reservoir will resume their efforts in the morning, but the mission has shifted from rescue to recovery after her damaged life jacket was found in the water.

Divers from San Diego Fire-Rescue have been searching since 6 pm. after the accident occurred during a family outing, 10 News reports.Sheriff’s deputies, Cal Fire personnel and helicopters all assisted in ground and aerial searches, according to the San Diego Union-Tribune.

San Vicente Reservoir will be closed on Sunday while the dive team resumes looking for the girl’s body.

The reservoir is 360 deep, following completion of the tallest dam raise in the nation.

Is very sad. My prayers to the family of this young soul.