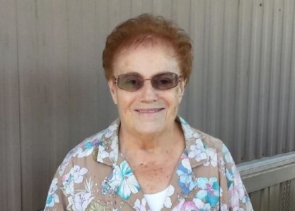 “A concerned citizen saw her sitting on the steps of the market at a campground in Ocotillo Wells and called for a welfare check because she seemed disoriented,” Lt. Perkins told ECM. Law enforcement officers identified her as the missing woman and transported her back to Lakeside to be reunited with friends, after making sure she did not appear to have any physical injuries.

“She was shaken, hungry and tired,” says Jill Barto, who helped organize a search for the missing woman and received word via a phone call with the good news.

Barto added that Kennedy has been transported by Sheriff’s deputies back to San Diego County for a medical evaluation.

Kennedy was last seen Monday at her doctor’s office in Lakeside and was reported missing Wednesday by her family, after neighbors alerted them of her absence, Barto said.

Barto, who has participated in searches for other missing people in the past, learned of Kennedy’s disappearance on Facebook.  She recognized a photo from a local waffle house and went to talk to employees there, including one who offered to help distribute flyers.  Barto shared the news online, reached out to media and printed flyers which she and others distributed at numerous locations until late last night.

Law enforcement and community members checked locations that Kennedy was known to have visited in the past, peered into ravines and spread word throughout San Diego and Imperial Counties.  ECM sent alerts through our East County Wildfire & Emergency Alerts via email and Twitter and multiple media outlets reported on the missing woman.

“We are all  neighbors, community and family in East County and we need to reach out and help each other,” says Barto, an El Cajon resident.

It us unknown why Kennedy traveled to Ocotillo Wells, a desert community in San Diego’s East County, but her vehicle was also found nearby.