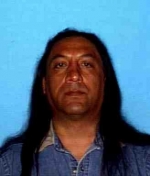 Perez, who is Hispanic, has long black hair and tattoos on his neck and arms. He is 5 feet 8 inches tlal and weighs 150 pounds. He does not carry a cell phone.

He works in the 3900 block of Pacific Highway in San Diego and frequents Tijuana, Mexico on weekends. Family, friends and co-workers have been looking for him.

Asked why it took three weeks after Perez’ disappearance to notify the media, Lt. Andra Brown with SDPD responded, "I asked the detective on the case for some info. The family lives out of state and the man was reported missing by a co-worker. The case was further delayed by three urgent cases involving homicides."  She added, "Only detectives cover ALL cases in the City. It is common they spend days off on searches."