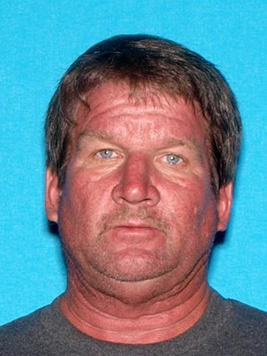 January 26, 2021 (Borrego Springs) -- A man who went missing while off-roading in Borrego Springs over the weekend has been found safe and will soon be reunited with his family, the Sheriff’s Department reports.

James Richard Rawlins III, 55, was spotted just after 7:00 a.m. this morning by drivers along Highway 78 near the Desert Ironwood Resort in Borrego Springs.  Rawlins was in good spirits and taken to a medical facility in Brawley, according to a press release from the Sheriff’s department, which adds, “Once he gets a clean bill of health, Rawlins will be reunited with his family”.

“We would like to thank all of our Sheriff's Search and Rescue volunteers who drove in from all across San Diego County to help look for Rawlins.  We would also like to thank the California Highway Patrol, California State Parks, California National Guard, Anza-Borrego Desert State Park and the U. S. Air Force's Civil Air Patrol for their assistance in this search operation,” the Sheriff’s department states.Rawlins was last seen on Sunday, January 24 just before 10:00 a.m. while off-roading on his motorcycle near Highway 78 and Yaqui Pass.  He was reported missing to the Sheriff’s Department the next day. Sheriff's deputies immediately began searching the rugged terrain during a winter storm for any sign of Rawlins.  Sheriff's Search and Rescue (SAR) was also activated which led to a larger search operation.

Sheriff's Search and Rescue is an all-volunteer unit.  Together, they perform wilderness and urban rescues, as well as search for missing and at-risk persons.  Teams are available 24 hours per day to respond to local, state and federal agency requests.