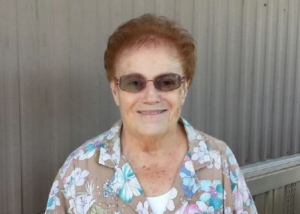 Update January 17, 2019 11 p.m. Kennedy's vehicle was last seen Monday near Grossmont Hospital in La Mesa and a doctor's office in Lakeside. The search has now been extended beyond San Diego County for the missing woman and her black Chevy Trailblazer SUV, license #6RQP193.

January 17, 2019 (Lakeside) -- The Lakeside Sheriff's Substation wants your help in locating a missing woman. According to the Sheriff, 70-year-old Kathryn Anne Kennedy was last seen at her home on Harritt Road in Lakeside near Lakee Jennings. Her family reported her missing on Wednesday, January 16th.

"She has medical concerns and some memory problems," Jill Barto, a Cajon Valley school board member who has joined in the search, told ECM.

Kennedy may be driving a 2007 black Chevrolet TrailBlazer SUV with California License Plate #6RQP193. It has a large white decal on most of the rear window. Barto says it was last seen Monday afternoon at a doctor's office in Lakeside.

Kennedy stands 5'6" tall, weighs about 180 pounds and has brown curly hair and blue eyes. She is known to frequent Walmart, Costco and Vons in Santee and goes to Fletcher Hills for a weekly hair appointment, but did not show up today.  She also has been known to frequent El Cajon Pancake House and the Old Highway 80 area at Friends of Cats.

"The search has now been extended to outside San Diego County," Barto says. If you have seen Kennedy or have any information on her whereabouts, call the San Diego County Sheriff's Department at (858) 565-5200.