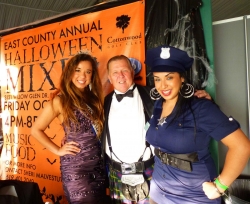 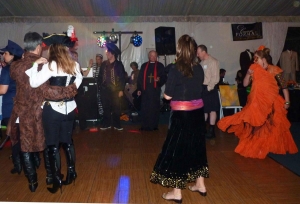 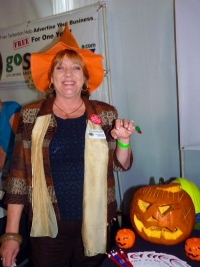 of the Rancho San Diego-Jamul Chamber of Commerce, made an "enchanting" appearance in an orange witch's hat.

"Your Best blind date ever" is a slogan often touted by the representatives of Express Blinds, who came clad in 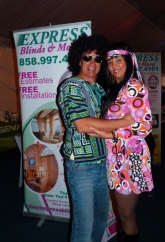 hippie attire, while another eager vendor was all ears for her customers. 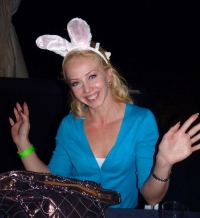 Prizes were awarded for best costumes and a drawing was held for door prizes. 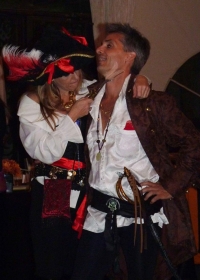 By the end of the evening, those present had made many valuable contacts, while enjoying a festive time--even if some participants were doggone tired! 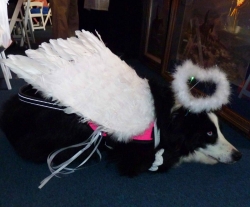