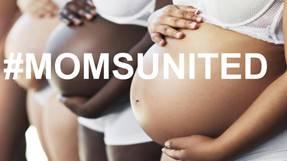 May 8, 2022 (San Diego) -- This month, Moms United to End the War on Drugs (U.S.) with partners Moms Stop the Harm (Canada), Recovering Justice (UK) and Red de Enlaces Nacionales (Mexico) are re-launching the #momsunited campaign (What Moms around the World Want for Mother’s Day).

Mothers are losing children to mass incarceration, drug war violence and accidental overdose across borders, due to the “failed global war on drugs,” according to the campaign. A press release from the group states, “We are urging people to listen to our stories and to understand the need for a compassionate and tolerant approach to drug use and substance use disorders. We are reclaiming our basic mother’s right to nurture and protect our children. We propose eight actions that will produce positive outcomes in saving the lives and liberties of our children.”

1. Stop criminalizing our children who use substances

3. Better coordinated response to the overdose crisis by all levels of government

4. Implementation of drug policy reform including the decriminalization of drugs for personal use

5. Education around a compassionate, public health, family centered approach to substance use,

rather than a criminal justice approach

6. Increased support for ‘mothers across borders’ who continue to be affected by the war on drugs,

particularly moms of the “disappeared” in Mexico and Indigenous women in Canada.

7. Promote maternal values. Reject tough love and the drug war, which is a war on our loved ones

8. Grief and trauma support for those left behind.

The #momsunited campaign includes memes of the eight proposals to be released on social media throughout May 2022.  A video of mother’s faces will be shared with the proposals, which is also translated into Spanish: Lo que las madres queremos para el día de las madres:  https://youtu.be/6J6sK6Fz24A

The campaign includes Facebook live videos on Moms United to End the War on Drugs.

There are two calls to action:  Put a candle in the window for the March of Mothers with Missing Children due to the drug war in Mexico. Plant forget me not flowers in honor of those who have lost their lives or liberties due to the global war on drugs.

“During the global healthcare crisis of COVID-19 it is essential that we continue to provide services to our most vulnerable populations, particularly those who are drug dependent. By increasing this support, we protect our entire society,” the group’s press release states. The coalition of mothers calls for releasing non-violent drug offenders from prison and providing them with housing in hotels and other unused spaces. The homeless population should also receive shelter and services. In addition, the organization seeks medication assisted treatment such as methadone and buprenorphine to be prescribed with month-long takeout and delivery, as well as widespread naloxone distribution.

When we look at history, this celebration is also one of maternal strength and action. Mother’s Day was started in North America as a response to the carnage and deaths from the Civil War. Mothers came together to protest the futility of their Sons killing the Sons of other Mothers. Today mothers are again protesting the destruction of the global war on drugs.

“Mothers’ inherent and intrinsic right to nurture and protect their offspring has been compromised by criminal justice policies of ignorance and punitive aggression.  I invite other mothers to speak out for the sake of their children on this special occasion that marks the tears, joys, triumphs and sorrows of motherhood,” says  Gretchen Burns Bergman, a Spring Valley mother with Moms United to End the War on Drugs, U.S.

Lorna Thomas, Sheila Jennings of Canada states, “Because drug use is criminalized, our loved ones, shamed and judged, use alone and risk dying alone. The general public and government can help keep our loved ones safe and alive by promoting the #moms2020vision proposals and taking action to ‘Support Don’t Punish.’ Moms Stop The Harm’.”

"Many of us mothers cannot celebrate Mother’s Day. For us it is a day filled with pain and sorrow because we do not have our children. It is a day in which we continue our struggle, in which besides the pain, we also feel the solidarity and support that mothers from other parts of the world share with us and we want them to know we will stay united in order to stop what is happening," says María Herrera Magdaleno, mother of four young men disappeared in Mexico.

“Women who have problematic relationships with substances are often the most marginalized and silenced in an already heavily stigmatized group. Women won’t seek support or medical help for fear of stigma and negative intervention from either the criminal justice system or social services. The voices of these women; daughters and mothers need to be heard and evidence based solutions grounded in health and human rights sought. The war on drugs has criminalized women, denied their rights as mothers and condemned generations to fear and silence,” adds Fiona Gilbertson, Recovering Justice, U.K.

Moms United to End the War on Drugs is an international campaign that works to end the violence, mass incarceration and overdose deaths that are a result of current punitive and discriminatory drug policies. Moms are building a movement to stop the stigmatization and criminalization of people who use drugs or who are addicted to drugs. Moms United is a project of A New PATH (Parents for Addiction Treatment & Healing), a 23 year old nonprofit organization that works to reduce the stigma associated with addictive illness through education and compassionate support, and to advocate for therapeutic rather than punitive drug policies.

For more information on Moms United to End the War on Drugs, visit www.momsunited.net

For information on Moms Stop the Harm (Canada): www.momsstoptheharm.com