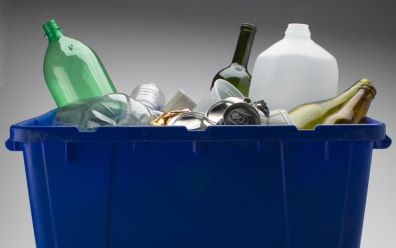 November 3, 2016 (San Diego) - County officials are inviting the public Monday night to tell them what they think of a draft plan that aims to keep 75 percent of all trash out of landfills by 2020 — and maybe even hit a “Zero Waste” target by 2040.

Public Works officials are holding a meeting from 5 p.m. to 7 p.m. Monday at the County Operations Center Chambers, at 5520 Overland Avenue in San Diego, to present their draft “Strategic Plan to Reduce Waste.”

The department plans to use the public’s ideas — collected from feedback Monday night and from comments sent to the County — to create waste-cutting recommendations it would present to the Board of Supervisors next year. If the Board eventually adopts a plan, it would apply to unincorporated communities.

The state established a goal in 2011 of diverting 75 percent of all waste out of landfills by 2020. It also recently set goals to divert 50 percent of organic waste — such as grass clippings, brush and food scraps — by 2020 and 75 percent by 2025.

Public Works officials held a series of public meetings in May and June to collect information that helped create the draft plan.

The plan can be reviewed at the Department of Public Works Strategic Plan to Reduce Waste webpage. People can send comments about it to the County at recycle@sdcounty.ca.gov.