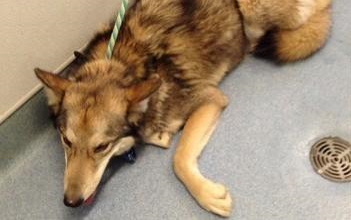 January 28, 2016 (Lakeside) -- County Animal Services investigating a complaint of neglected animals at a Lakeside home found at least a dozen dead chickens and a dead rabbit, but rescued over 100 other animals. In all, Animal Services took in 88 chickens, seven Bengal cats, four rabbits, two bearded dragon lizards and a wolf/dog blend with two puppies.

The owner told officers she knew she wasn’t providing the proper care to the animals, but she did not want to relinquish them. As provided under California law, animal control officers removed the remaining animals from the property and took them to the County’s animal care facilities in San Diego and Bonita.

The cats and puppies appeared healthy, but the wolf dog is underweight, the chickens and a rabbit are sick and the bearded dragons were so cold, animal control officers thought they were dead before realizing they were still alive.

“It is an owner’s responsibility to provide proper care for all of their animals,” said County Animal Services Deputy Director Dan DeSousa. “If they cannot, they need to reach out for assistance and help. In this case, the owner failed do to so and it resulted in the death of a number of animals.” 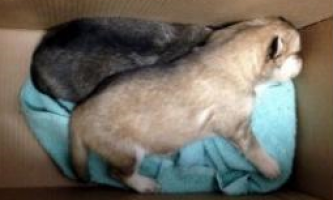 Animal control officers have investigated complaints at the property four times in the last six years. Two were determined to be unfounded, and two were resolved after the owner complied with sanitation issues.

In this latest instance, the owner has a right to a hearing to contest the seizure of the animals. If County Animal Services prevails, she must pay for the rescue and care of the animals. The department will then decide whether they should be returned to her. Criminal charges are a separate matter and the department is now investigating whether to submit a criminal case to the San Diego County District Attorney's Office for prosecution.

If the animals remain with Animal Services, they will be nursed back to health and then put up for adoption.