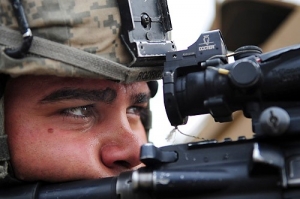 September 22, 2014 (San Diego)--Recently, we reported on the San Diego Unified School District’s decision to return an armored vehicle it received through the Department of Defense’s Excess Property Program.  Now it seems that may be the start of a trend.

UT San Diego reports that local agencies received $2.9 million in equipment through the program since 2006. But now at least three other agencies want to return gear that they received.

San Diego Police Department seeks to return its Peacekeeper, an armored truck that SDPD’s Lieutenant Kevin Mayer says does not stop most high-powered rounds. There’s a catch, though – the department first has to find a military base or another agency willing to accept the aging vehicle, which cost $5,000 last year in repairs just to keep it running.

Not all of the items are military in nature. Cleveland National Forest got cold weather gear and long underwear through the program.  The forestry agency, along with the Border Patrol, got the bulk of the surplus gear locally—including a few items that have raised questions, such as whether Immigrations and Customs really needs 72 bayonet knives. Agencies in some other parts of the country have converted military vehicles to haul water to fight fires and other non-law enforcement uses.

The biggest question, however, is whether militarizing police departments could lead to misuse of force complaints, such as those that occurred in Ferguson, Missouri, where police used military gear to control crowds of protesters following the shooting of an unarmed teenager by a police officer.