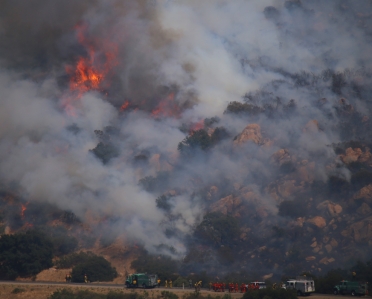 July 11, 2017 (Flinn Springs) – “I watched this whole fire play out, since we live so close,” Renee Owens wrote in an email to ECM. “It’s not the first fire I have ever witnessed, but this one got so hot and moved so quickly at first it was downright scary. You could hear the trees pop and explode, the fire reached 60 foot flames on some of the steep slopes, and stopped right at the I-8 just a couple hundred feet from a huge propane storage tank. It traveled frighteningly fast at first, but once the air tankers and helicopters showed up - combined with hitting some steep and sparsely vegetated cliff faces - they managed to tamp it down pretty quickly despite the heat and wind. It came within a couple hundred feet of houses near Dunbar lane. Watching it go from enormously hot and fast to under control was seriously impressive, and we owe some major thanks to the pilots on this one.” 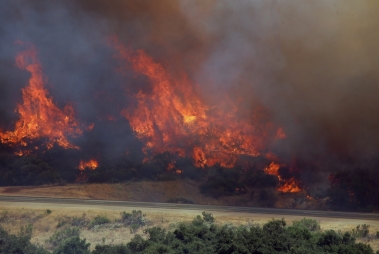 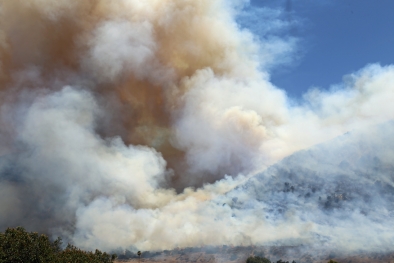 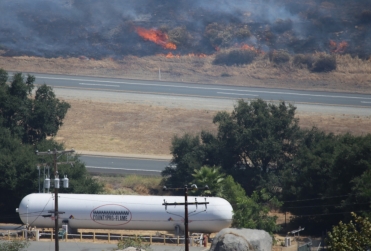