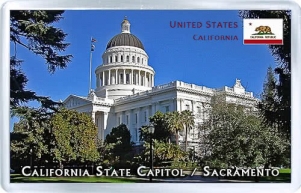 December 26, 2017 (San Diego) – Besides new laws affecting motorists, there are several other important new laws taking effect in 2018, including a minimum wage increase, legal marijuana sales, new protections for workers and job applicants, new requirements for employers and general contractors, limits on where you can buy ammunition, and more.

Minimum wage increase:  Effective January 1st, 2018, California’s minimum wage rises to $11 an hour for companies with 26 or more employees, up a full dollar from the old rate. For companies that employ 25 or fewer workers, the new minimum wage is $10.50 an hour.

Salary questions by employers:  Employers can no longer ask a job applicant about his or her past salary effective January 1st, under Assembly Bill 168.  Backers of the bill hope it will help close the gap in pay between women and men, since companies will no longer be able to base your salary at a new job on what you earned in the past.

More leave for new parents:  A parent with a new baby can take up to 12 weeks of parental leave, if they have worked for over a year for an employer with over 20 employees.  Under Senate Bill 63, the worker won’t lose their job and can use any combination of vacation time, or other paid time off to spend time with their new child.