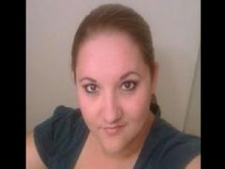 June 6, 2011 (San Diego) –A woman who died after being struck at a City Heights bus stop yesterday has been identified as Vanessa Mae Shane, 25, of El Cajon.  She was seated at a bus stop in the 4800 block of University Avenue near Euclid when the driver of the PT cruiser lost control and drove onto the sidewalk.

Shane resided with her parents in El Cajon.  Her 4-year-old son, Elijah, and boyfriend David Abilez, were also transported to area hospitals with serious injuries.

Abilez suffered a fractured femur, internal injuries, and open fractures to his feet. The child had a broken arm and lacerations to his head and back, according to San Diego Police. 10 News reoprts Elijah also suffered a ruptured spleen.

Officer Dan Wall said a female driver later identified asJean Chizer-Williams  lost control due to suffering a severe diabetic condition; alcohol was not a factor. She was treated at a hospital for minor injuries.

"I don't hold anything against anybody. It sounds like it was purely an accident," said Mark Shane, the boy's father, a reverend at Praise Center, told 10 News, adding that the child has not yet been told of his mother's death.

A trust fund has been set up to help pay for Vanessa Shane's funeral and long-term care for her young son.  Donations may be sent to:

Thank you for all the prayers and support to the Shane Family. Please keep my brother Mark and his family in your prayers as they muddle through this difficult time. As mentioned a trust fund has been set-up for funeral costs and for Eli's care, who's only 4. The information again is
Shane Trust Fund
GWC (Golden West Conference)
P.O. Box 99610
San Diego, CA 92169