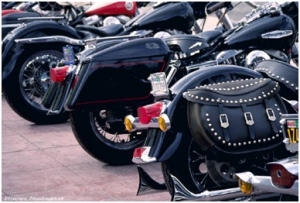 February 11, 2014 (El Cajon)--The El Cajon Police Department will be conducting a specialized Motorcycle Safety Enforcement Operation on February 21 in an effort to lower deaths and injuries.  Extra officers will be on duty patrolling areas frequented by motorcyclists and where motorcycle crashes occur.

Officers will be looking for violations made by drivers and riders alike that can lead to motorcycle crashes.  They will be cracking down on both those operating regular vehicles and motorcycles that are under the influence of drugs or alcohol, speeding, making illegal turns, or any other dangerous violation.

Motorcycle fatalities saw a phenomenal drop of 37 percent from 2008 to 2010, but rose nearly 18 percent in 2011. Operations like this are aimed at curbing any more rises in motorcycle deaths and sending the numbers back downward.

California collision data reveals that primary causes of motorcycle-involved crashes include speeding, unsafe turning, and impairment due to alcohol and other drugs.  The El Cajon Police Department is also reminding all motorists to always be alert and watch out for motorcycles, especially when turning and changing lanes.

As the economy turns upward, there will likely be more miles driven by all vehicles, plus more novice motorcycle riders who are untrained and unable to handle the power of today's motorcycles.  The message to all drivers and motorcyclists is: share in the responsibility and do your part by safely

"sharing the road."  Riders can get training through the California Motorcyclist Safety Program. Information and training locations are available at www.CA-msp.org or 1-877 RIDE 411 or 1-877-743-3411.

Funding for this program is provided by a grant from the California Office of Traffic Safety through the National Highway Traffic Safety Administration.