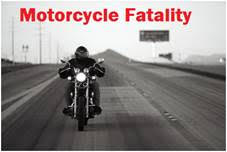 By Miriam Raftery
June 2, 2019 (San Diego’s East County) – A 19-year-old Jamul woman driving a Hyundai Accent made a U-turn on Olde Highway 80 west of Bond Avenue in unincorporated El Cajon yesterday at 5:25 p.m., crossing directly into the path of a motorcycle.  The driver of the motorcycle, a 27-year-old Santee man on a black SSR Razkull 125, was ejected following the collision and sustained blunt force trauma.
California Highway Patrol, Lakeside Fire and medics arrived shortly after the collision, says Officer Travis Garrow with the CHP. The motorcyclist was taken to Sharp Memorial Hospital, where he died of his injuries.
Alcohol and drugs are not believed to be factors in the collision.