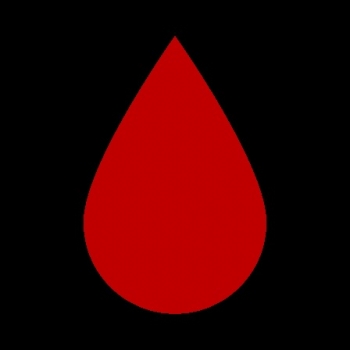 By Jake Zawlacki
February 17, 2020 (San Diego’s East County) -- Last week, I received a call from the local blood bank and was told there was a current patient in need of my blood. I made an appointment, and days later I gave my donation. As the nurse was taking down my information, I heard my name mentioned outside the door with a couple people using the word “special.” My nurse then informed me, as well as two other nurses throughout my short visit, that it was indeed a rare event in which a donor would be donating their blood to a predetermined patient. I happened to be that rare event.
I asked what happened to the rest of the blood, imagining huge tanks of boiling human blood lined up in a high-ceilinged warehouse where spigots would fill empty barrels and buckets held by black rubber gloved hands.
“It goes to a community pool where it’s stored until needed.” That sounded more reasonable.
It felt nice. Donating blood is one of those few actions that is simply “good.” It’s never wasted. Either you directly impact the life of another human being or once your blood’s shelf life is almost expired it becomes used for valuable research. The needles are *almost* painless and the entire process is tailored to make you as comfortable as possible.
And that’s not all. There’s even evidence to suggest that donating blood actually improves your own personal health. This may sound like a bit of a stretch, but stay with me. In cultures all over the world, in all time periods, there has been evidence of phlebotomy. Whether it’s leeches, a little slit somewhere on the body, or a prick on the finger (of which I was almost subjected to by my host family while living in Mongolia), it exists. That means something. You can’t say that for most practices. Most things haven’t existed for all of human history in varying cultures and societies.
This isn’t to say that these practices of phlebotomy were “scientifically” supported. (I use quotations to remind readers that science is an evolving process where the norms of today may be seen in the future as barbarisms of the past.) You were sick because you had too much blood in your body. Or because there was a spirit that needed to get out. Or whatever. But it existed, as it does today, when you donate blood.
To preface what I’m about to say, let me remind you that I’m not a doctor. Shocking, I know, but true. I’ve just read a bit about the subject and I think it’s interesting.
On average, men have a higher risk of heart disease than women of the same age as long as the age range is for premenopausal women. In postmenopausal women however, researchers find the incidence of heart disease comparable to that of men of the same age. And even more interesting, women who have had a hysterectomy have a similar rate of heart disease pre- or post-menopause.
Scientists posit the main variable for the health benefits of donating blood to be iron content in your blood. For men, there is absolutely no way to decrease iron content without having blood removed from our bodies. Women don’t have to worry about this (barring certain types of birth control) until menopause when the rates of heart disease begin to match those of men of the same age. There are also issues with not having enough in your blood: anemia, but for the many that accumulate more iron than necessary, there is no way to eliminate it.
A Finnish study followed 3,000 men for a decade and found a single blood donor who had a heart attack. Non-donors? 316. That’s an 88% reduction in risk of a heart attack compared to non-donors.
A study conducted among those with peripheral arterial disease showed that reducing the iron content in your blood (donating blood) reduced the incidence of cancer by 37%.
This sounds incredible, but I don’t believe it. I’m always hesitant whenever I hear that X causes Y. Maybe the science is wrong and it has nothing to do with iron in your blood, but something else completely. Maybe the decrease in blood causes other things in your body to start happening and those are what help us out in the long run. I don’t know. I’m not a doctor, nor a scientist. Maybe it’s just that we need an oil change every two months for our body to pour in a brand new liter of the Royal Red. Let’s leave it to posterity.
But in the end, there’s no downside to it. Let’s say all of this science is wrong and there are absolutely zero positive benefits associated with donating blood. Nada. At the worst, you’re still saving a life. And I’m not exaggerating. I’ve laid on that cold white hospital bed with two needles in my arms and two bags of two people’s blood LITERALLY saving my life. There might have been a few more bags stored away somewhere. There might not have.
So, it’s an easy choice for me. I get to pay it forward. Knowing that I was able to give a little life to an anonymous person doesn’t mean that I’m off the hook, or that I’ve repaid my debt. On the contrary, it only shows me how valuable such a basic act can be for someone in need. How valuable your blood is for someone at this very moment.
Until then, I’ll see you on the donor chair, left arm out, tiny needle inserted, getting my oil changed.