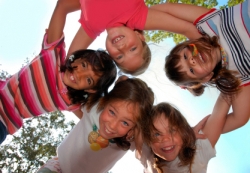 October 12, 2012 (San Diego’s East County)--In the Mountain Empire Unified School District school board race there are three seats up for election. Voters will also be asked whether to approve a bond measure for local schools.

In addition to the school board election, the school district is trying again to get Prop G passed, a bond issue that will generate up to $30.8 million to protect quality education and complete basic safety and classroom repairs at each school in the community.  It will cost property owners $36.50 per $100,000 of assessed property value. In June, Prop G was defeated narrowly with only 54.05% of the vote; 55% being needed for passage.

According to Superintendent Steven Van Zant, the current board voted 7 to 0 in favor of the proposition. With increased presentations to planning groups and voters this time around, Superintendent Van Zant hopes to gain the votes needed. A previous bond for $3.2 million was passed in 1994. It was refinanced and dropped taxes an insignificant amount. That bond will be paid for in 2023. If Prop G passes, the new money will kick in after the other bond is paid.

All of the candidates in this election were invited to be interviewed. Challengers Diane Yops and Tom Brady responded, along with incumbent Jeffrey Morrison.

For both of the challengers, who are running on a reform platform, the main issue is accountability.

Speaking with both Yops and Brady regarding the bond issue, they oppose passage of Prop G at this time. Their concerns center around the magnitude of the bond, how exactly it will be spent, and the fact that the previous bond is still operative. Also, the low interest rate is apparently guaranteed only for the first phase. The cap is 12%.

Though questions remain about how the 1994 bond was utilized, the answers to what the new bond will be used for is stated on the following website: http://yesong4greatschools.org/faq.aspx.

As per Superintendent Van Zant’s presentation at the Campo/Lake Morena Planning Group Meeting on October 1, 2012,  the proposed projects include all eight school sites and are for half- size multi-purpose rooms, classrooms, repairs to deteriorating portable classrooms, as well as upgrades to the science lab at Mountain Empire High A resolution was passed by San Diego Taxpayers Association that money will go to specific projects and an Oversight Committee will provide approval.

Information taken from the SDTA website includes these assurances: “None of the funds could be used to increases salaries, benefits or pensions for administrators, teachers or any other school employees. An independent Citizens’ Oversight Committee, as well as annual reports, will ensure the funds are spent on voter-approved projects.”

Yops adds, “The prop is an issue for the public to vote on, so it is up to the public. However, what would be relevant to the candidates is that if it passes, board members must ensure all funds received are spent appropriately.”

Morrison has been an East County resident for 40 years and graduated from the district in 1984. Also, he has two children currently enrolled in MEUSD. He states that he has a strong commitment to ensure that students have the great start in life that their education and social learning experiences in school can give them. Priorities for him as a board member are overall program improvements, especially in the areas of academics and technology. In addition, he would support more hands-on training with auto shop and metal working programs.

When asked about how Prop G comes into play in this election, he writes, “While I support extra funds for our children’s learning environment, I do not like new or more taxes.  Life is all about our children and making sure they have the tools they need to succeed. I support Prop G in that it will benefit all of our kids in the long run. However, Prop G does not come into play with the election of board members, or their position, because it stands alone and is in the hands of the voting community within the district."