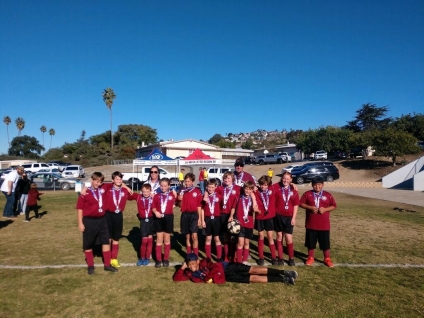 February 15, 2022 (Pine Valley) - The Mountain Empire under 12 soccer team wrapped up their most successful season to date, finishing with an incredible 17-1 record.

The season is monumental for the team, who competes in the American Youth Soccer Organization.  In a community where there are barely enough players to form two teams, the 11-player team composed of eight boys and three girls from the Descanso, Campo and Pine Valley areas went head to head with all-male teams, both in the regular season and the playoffs, and were the only co-ed team in the playoffs.

The team took first in the Tournament of Champions and second in the Tri-Sections Tournament.