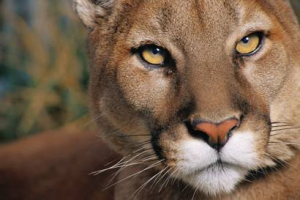 April 3, 2015 (San Diego’s East County) – A female mountain lion’s call has often been described as sounding like a woman’s scream.  Here is a call caught on a trailcam: https://www.youtube.com/watch?v=hM2Sw8dsMDQ

If you hear a mountain lion or know they are in your community, be sure to keep dogs and cats indoors especially at night—and be sure to keep an eye on young children playing outdoors.  Make sure livestock such as chickens are in a protected shelter, too.

Mountain lions and other natural predators serve a positive role in the ecosystem, helping keep other wildlife populations under control.

Deerhorn Valley Antler editor Kim Hamilton calls the recent recovery of lions, bobcats and coyotes in her community “a very healthy sign for Deerhorn Valley’s recover from the 2007 wildfire devastation.”