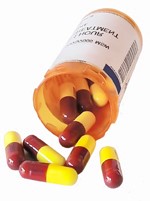 May 26, 2015 (San Diego’s East County) - May is national Foster Care month. The Children’s Defense Fund is voicing concerns over the high number of children in foster care who are being given mind-altering drugs—in many cases to control behavior, not address real medical problems.

Nearly half of all children living in residential treatment centers or group homes take psychotropic medications—as well as nearly one in four children in foster care. Kids in foster care are also more apt to be prescribed multiple psychotropic medications at very high doses, even though research shows this can result in serious side effects and harm to a child’s developing brain and central nervous system, says Marian Wright Edelman, president of the Children’s Defense Fund in her Child Watch column. Such drugs can even cause nightmares, suicidal thoughts and death.

Are all those drugs really necessary?  Anecdotal evidence shows that some children can do just fine without them. Take the case of Ke’onte Cook, a 10 year old profiled on ABC’s 20/20 TV show.  He stopped taking medications for bipolar disorder, ADHD and seizures – and was reportedly transformed.

Last year, the Wall Street Journal published an article on foster kids who are speaking out after getting off these powerful drugs. People like Chris Nobles, who now lives on his own, takes no psychiatric medications and now has a full-time job training foster care workers.

The highest number of such drugs given to foster care kids – 27 percent of them – are prescribed for ADHD, or attention deficit hyperactivity disorder, while 18 percent are given to control negative behavior, the Wall Street Journal reports.

Instead of relying on drugs touted by the lucrative pharmaceutical industry, a better option is to address the traumas that children in foster care have also endured, Edelman suggests.

President Obama’s budget includes funding for a demonstration to promote interventions that address the over-use of these powerful mediations for children in foster care.  The Department of Health and Human Services’ Administration for Children, Youth and Families is asking Congress for $250 over five years to set up a program to make this happen plus an additional $500 million in incentives to states that reduce the over-use of psychotropic drugs and increase access to healthier alternatives—practices that are already in place in some states.

Edelman concludes that the “time is now” to take action to protect kids in foster care.

This is disconcerting to say the least.