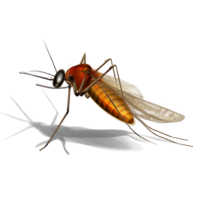 October 23, 2014 (Mt. Helix) – A Mt. Helix resident who died October 10th at Grossmont Hospital is believed to have died of West Nile Virus, 10 News reports. He may have been bitten by a mosquito in Eucalyptus Park in La Mesa, at the base of Mt. Helix, his daughter has said.

The I-8 corridor through the La Mesa, Mt. Helix and El Cajon areas is a hot spot for West Nile Virus, county vector control officer Chris Conlan says . The disease is up sharply over recent years in our region.