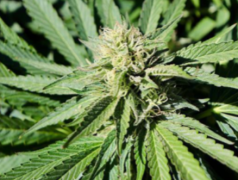 By Miriam Raftery
Photo: Creative Commons by NC
February 4, 2021 (Spring Valley) – The Sheriff’s department seeks tips to identify who shot and killed a man on Feb. 2 shortly after 8:30 p.m. in the parking lot of an illegal marijuana dispensary in the 9100 block of Olive Drive in Spring Valley.
The victim has been identified as Jerome Francois Turley, 37, of San Diego.

Deputies responded to reports from citizens who heard gunshots.  They found the victim and provided life-saving measures until relieved by fire personnel. The victim was transported to a local hospital in grave condition, where he died the next morning.

Anyone with information about this incident is asked to call the Homicide Unit at (858) 285-6330/after hours at (858) 565-5200.  You can remain anonymous by calling Crime Stoppers at (888) 580-8477.
The shooting occurred just days after an illegal marijuana dispensary was raided in the 9000 block of Olive Drive, the latest of numerous illegal dispensaries in Spring Valley to be shut down by law enforcement.
The County Supervisors are considering adopting a framework of legalization for cannabis dispensaries, a move they hope will reduce or eliminate black market sales that have resulted in crimes and intensive law enforcement resources.

Legalise the weed, regulate it like alcohol or tobacco.