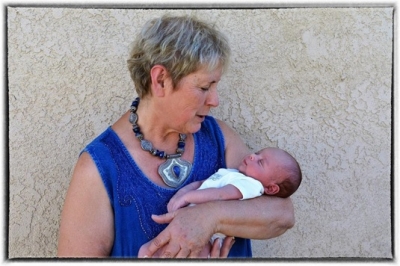 July 16, 2020 (El Cajon) – Debbie Stolz, President of the San Diego County Foster Parent Association based in El Cajon, was murdered along with her daughter on Sunday at a home in Otay Mesa. The loss of Stolz has sent shockwaves through local communities and the Grossmont-Cuyamaca Community College District. Stolz worked  for over 20 years as a trainer for parents with Grossmont College’s Foster, Adoptive & Kinship Care education program.

“Deb played an integral role in the program through her training and support to countless resource parents for foster youth in San Diego County,” says Sally Cox, CEO of the Foundation for Grossmont and Cuyamaca Colleges, in an email to staff.  Stolz Stolz was a long-time employee for the Foundation.

Stolz, 65, was the single mother of eight children, four of them adopted. She and her daughter  Elizabeth “Lisa” Stolz were shot to death by Justice Love Peace, 31, also known as Jeremiah Alfred Horton, the father of Lisa’s 6-month-old baby.  Horton kidnapped the baby, who was found safe in care of a woman at Horton’s residence in Rolando. The infant was taken to the Polinsky Children’s Center. Horton rented a vehicle and fled to Mexico, where he committed suicide, the San Diego Union-Tribune reported.

Grossmont College’s program for foster care education is responsible for training all the resource parents in San Diego County and is the largest of its kind in the state, according to Wojitach, who adds,”Deb was an important part of that program and she will be deeply missed.

Just a week ago, Deb was interviewed by Channel 8 about being a resource parent for foster children. “It is so very rewarding to help a child feel safe – to have some place in the world where they feel safe and wanted,” she said. “I love what I do.”

She was slated to be featured in an upcoming Fostering Hope Story on unsung heroes by CBS 8.  But she told anchor/reporter Marcella Lee that the children are  “the real unsung heroes” for “their resilience, their ability to get through the horrible things of being removed (from their families).”

"We have a reserve, but we are we will go through that pretty quickly. And if things don't start getting back to normal soon, we will have to close our doors," she told CBS.

The group leases a building in El Cajon used as a training center for foster families. They also provide resources there, offering free clothing and other essentials to foster children and families.

The nonprofit is 100-percent run by volunteers, with no employees, so it has been unable to qualify for any sort of small business loan. She asked for donations to help the organization survive, which is now left without its long-time leader.

To make a donation to the San Diego County Foster Parent Association in memory of Debbie Stolz, click here.

A Facebook fundraiser has also been established to help the Stolz family; thus far over $22,000 has been raised.