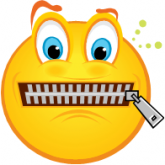 La Mesa) –Helix Water Board director Chuck Muse sought to have the District prohibit fellow Board directors from speaking to  reporters, ECM has learned.

Board President DeAna Verbeke stopped short of such drastic measures, but  did chastise directors to refrain from “negative personal comments” about board members or the District,” admonishing that during past rate hike considerations, “discussing the District’s business did not reflect well on the individual of the District.”

At the May 16 Board meeting, Muse stated, “I think it’s important that the Board be represented by one person that is the Chair. When the press gives a request, the Board members should refer it back to the Chair; the Chair can act on it or refer it to the staff.”

Muse further requested that staff develop a procedure to restrict Board members’ communications with the press, and that the matter be considered on a future agenda.

At the June 6 meeting, however, Board President DeAna Verbeke declined to pursue the outright muzzling of Board members sought by Muse.  She did, however, read an existing Board policy clarifying that if an individual board member signs correspondence including e-mails with their title, director, they must explicitly state that they do not represent the District.

Verbeke instructed all directors to use the policy in their communications, “oral or written.”   She stressed the importance “during this time of rate increases and budget discussions that accurate information be provided to the public, either individually or in groups, or through the media. And as we have experienced in the past, once incorrect information has been published, it’s very difficult to undo the damage.”

Director Kathleen Hedberg, the only director to vote against recent rate hikes, has been critical of the Board in the past for policies that many ratepayers contend unfairly impact certain categories of water users.  Hedberg requested clarification on the directive.

The District’s attorney advised, “You can communicate with your constituents or whomever using your title; it just needs to be clear what you’re stating for yourself versus the board…I think the policy was trying to direct that if you’re taking a position that’s adverse to the Board public position…you need to identify that it’s not the Board position.”  The attorney then offered to “look at policy and come up with a sentence for you.”

The District is currently weighing a new rate hike that would take effect starting on November’s bills.

At the June 6 meeting, the Board voted 4-1 to approve higher rates averaging about $2.75 a month, or a 4.7 percent rise,  for the average customer.  Large water users would pay far more.

A public outreach meeting will be held July 10 at 6 p.m. in the La Mesa Community Center, followed by a public hearing August 15 at 6 p.m. at the District’s board hearing room, where the board could vote for final approval.

If at least 50 percent of the District’s 65,632 property owners submit protest letters, the rate hike could be stopped.

The rate increase, if approved, would be effective in September, showing up on bills in November.

Letters may be sent to board@helixwater.org.