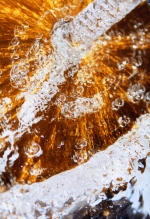 October 13, 2009 (San Diego) – The Metropolitan Water District (MWD), which supplies water for most San Diegans, decided yesterday to re-visit labor negotiations rather than pass a Memorandum of Understanding (MOU) that outlined a pension arrangement that was retroactive and underfunded by 75 million. MWD’s action was the result of widespread public protest that the 11 percent rate hike coming in November would be partially funneled into pension debt for 2,000 employees.

“We are facing an 11 percent increase in our water rates in November,” said Faulconer. “The people of San Diego expect me to do everything in my power to lower rates, and that means absolutely opposing a pension plan that is going to guarantee unfunded liabilities in the future. Those pension structures will never be negotiated; never be rescinded. Once they are in place, you are stuck with them. It’s the wrong thing to do. It’s wrong for San Diego.” 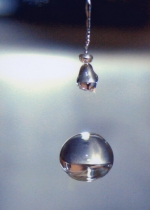 Brick responded that new employees will raise their contribution to the pension plan and that $75 million was an insignificant amount of money, literally, “…a drop in the bucket.” He pointed out that the pension formula for San Diego Country Water Authority employees was more lucrative than the one for MWD and that their pension was the second lowest percentage of pay of 23 Southern California water agencies.

The moderators wasted no time getting off the subject of pensions and challenging Brick and Faulconer on the repair of water delivery systems, the support of desalinization and use of gray water, of inequities in water rights between Imperial Valley and urban San Diego, and possible outreach to Baja as a water source. The debate opponents agreed that in the big picture issues, it was important to be united in San Diego’s search for a sustainable water source.

That didn’t let Brick off the hook, though, in terms of the pension proposal – a mistake that Faulconer has had to deal with firsthand.

“I chair the Audit Committee that has been navigating the City of San Diego out of the financial crisis caused by $1 billion in pension liability. We reduced pensions in our City,” said Faulconer. “I suggest that in view of ever-increasing rate hikes forced on the people of San Diego, our local representatives on the MWD board insist that staff go back to the table and create an MOU with no pension increases.”

On Tuesday, Oct. 13, the MWD board did just that. Pensions increases are off the table and the MOU is being renegotiated. According to District 2 Communications Director Tony Manolatos, “The debate was one of many nails in the coffin of this pension plan. Councilmember Faulconer is thrilled to find that MWD has responded by switching gears on this plan. It’s a big win for all of San Diego because we would all have paid the price of those pensions for years to come.”