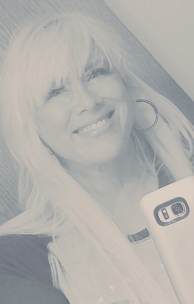 January 17, 2017 (San Diego’s East County) - Allen Smithee opened the sealed envelope, glanced at the directions, and proceeded to swab his inside cheek to provide the first of three DNA samples. At the end of the day he finished the last test, sealed the samples into the return envelope and mailed away for his DNA matches.

Eight weeks later Smithee was studying the results from his genetic matches from e-mail alerts. He laboriously poured over each result. Finally, he clicked on Ingvild’s from Norway. The e-mail reply was cautiously worded “To my newly found genetic family” with warm, inviting language enough to warrant a reply.

Ingvild, the free-spirited woman with an open heart, responded. Although busy with studies in Bergen, she took the time to respond to her genetic match from many, many years ago. “Hei Allen! I am new to this genetic match project but I guess it shows we are all one big family.”

From there, the e-mails zipped back and forth with photo attachments. Six months later, Allen was spied leaving the Bergen’s Flesland Air Station with a detailed, Googled address and profile of Ingvild in hand.

Like a series of digital photos on playback--- scenes of his knocking on Ingvild’s door, introducing himself, entering, then the “welcome” moment commenced (awkward and strangely passive for both.) Ingvild’s look of apprehension flashed next. The ID from his computer tote fell off and was accidently kicked to the side of the entry way.

Alexander Clarke Falconer, a native of Austin, Minnesota, sleepily peered at his home’s computer screen. The genetic match e-mails scrolled past his face. He responded to one in Spain. The match must have been a result of the Spanish Armada’s refuge into Scotland. Alex headed into work at the Los Angeles Police Department. Another day of solving puzzles as a homicide detective.

His cell phone contained murder scene photos with Ingvild’s lifeless body lying on her bed. A snapshot of an airline ID tag showed Los Angeles, California for the travelers’ home.

Alex next received a phone call on his land-line at his meticulously kept desk. Detective Torstein Aleksander briefed Falconer on the “how it was done” murder scene pointing out that his assistant, Lara Prestagard, would e-mail the full pdf report in a few minutes.

Falconer asked for a quick finger-print run on all results in Ingvild’s house. He also wanted his I.T. department whiz kid, Alejandro, to slam into work on Ingvild’s computer hard drive.

E-bay and Craigslist mirrored each other’s entries of stolen items. An old family bible with the family line-age charted out seemed mundane until the Gutenberg print and thick binding demanded more attention. Even Gerard’s sculpture of an old, marble family headstone was so intricate it was on Craigslist as an art sculpture. The e-mailed photo to Alex of Gerard’s body leaning on his artwork resonated with imagined family tragedy.

Because Gerard’s Olympus camera was sold to a buyer in Los Angeles which was determined by Alejandro, the computer detective, to be stolen property; Falconer had asked for San Francisco detectives to forward the case details to himself based on a tip from Alejandro. The camera’s forgotten Scan Card 32 GB memory card unearthed an ominous glance which Smithee must have shot at Gerard.

The Isle of Sky’s Grier MacQueen was markedly graced with good looks and an obvious curious nature. Her public Facebook profile was like an open book to Smithee. Her curious nature also took her down the natural path of creating her shared drive genetic match chart with others. The newly found ways of matching up orphans, the adopted, and the cuckolded via genetics intrigued her. The known family at hand was loved but ordinary to her. Her haplo-group K2 result would require more research. The mysterious genetic family was a huge open book.

Smithee’s work deciphering his e-mails showed unguarded surnames with the senders’ names right in the e-mail address. When Griers’ name showed up from the DNA’s genetic matches it was a quick jump to Facebook. Grier’s strawberry blonde’ hair and blue-green eyes demanded Smithee’s attention from the LCD computer screen. One of her likes was the pub.

Grier’s favorite pub, the Stein Inn, with its’ view of the Outer Hebridean Islands coupled with her favorite drink – a shot of Scottish whiskey, was the first stop for Smithee. The chair next to Grier’s was his first resting spot for his first trip to his ancestor’s land.

The American- influenced Scot with a fourth-generation “hippie-chick leanings” seemed to result in a vulnerability that Grier wore on her shoulder like a neon-red, flashing heart. Smithee read that vulnerability like an instant message on a cell phone.

The courting and bedding was supposed to be right out a ‘60’s “love-in.” What Smithee didn’t anticipate was the Scot’s quick “read” on him for his motives. Grier rejected him. Smithee’s quick departure was like something a cold-detached orphan with sociopathic tendencies would commit. Maybe that was in Allen’s genes. No known family. Grier’s on-line genetic family traced parallel to Smithee’s same lines but back thousands and thousands of years. Not quite kissing cousins but still a few matching genes.

Grier reported her laptop computer, left at the pub, missing to Scotland Yard. Alex Falconer’s D.N.A. profile was still up on her screen. The Los Angeles Police Department’s detective’s handsome face was traced back a few on-line favorites later on her computer history. Smithee’s genetic match was cross referenced into Grier’s Y-DNA Descendancy Chart as well. Scotland Yard called Falconer after it was forgotten under an airport waiting area chair.

Soon the connections between the computers, photos, and e-mails became obvious to Alejandro. Falconer’s ties unfolded into the mix like a layering mechanism for building a HTML website.

Alejandro met with Falconer. Alex, the resourceful native Texan, labored for hours with the kaleidoscope like clues. The charts, PowerPoint presentations, and PDF reports all linked and pointed to Smithee. Technology produced a predator and but assisted in solving the crimes.

All parties received the pdf files with the corresponding legal documents being filed in each country and jurisdiction. The lawyers, solicitors, and legal communities went to work on Allen Smithee.

Smithee, the cuckolded, abandoned adoptee, was convicted and sentenced to prison.

What remained was the image of Alexander Clarke Falconer locating his D.N.A. project results on his computer. The look on his face was a mixture of surprise, dread, and wonderment. His D.N.A. genetic results had matched Allen Smithee’s. What another ancestry search engine showed was a shared famous criminal from the far reaches of historical records. Thankfully, the haplogroup was only a distant genetic match. His newly found genetic family. But this was just on his father’s side.