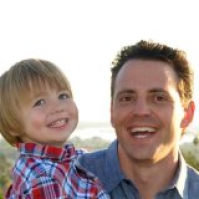 May 5, 2013 (San Diego) – Nathan Fletcher, former Assemblyman and Mayoral candidate, made headlines last year when he left the Republican Party to become an independent.  Yesterday, Fletcher announced on his Facebook page that he has joined the Democratic Party.

“For me, the last couple years have been quite a journey—going to war, serving in the State Assembly, campaigning for Mayor and now teaching and working in the private sector,” Fletcher wrote. Fletcher added that he has had time to “eflect on my values and principles and where they fit best. My votes and positions, candidates I endorsed and voted for had been in line with the Democratic Party.”

Fletcher recalled watching President Bill Clinton’s speech at the Democratic National Convention three times and “trying to find something I disagreed with. I couldn’t. It was clear – at least to me – that I was a Democrat.”

Growing up in a blue-collar Democratic Party, Fletcher said he initially became a Republican because “I thought their policies provided the best access to the American Dream. I no longer believe that is true. In my opinion, the GOP today is more focused on protecting those who have already achieved the American Dream than allowing others access to it.”

Fletcher said he believes in opportunities for all Americans and that “What unites us is the fundamental belief that there is nothing you can’t accomplish if you work hard, play by the rules, are willing to fail and start all over. That has been the path towards the American Dream for generations. But believing it requires a real commitment to ensuring that opportunity exists for everyone.”

He elaborated, “That means ensuring all children can access a quality education, afford college, and ensuring a strong middle class that the poor can not only aspire to reach but have a realistic shot at joining. It means working to create and protect the jobs that grow our economy. Access to American Dream means real solutions on issues like immigration and healthcare. It means that all people regardless of their race, gender or sexual orientation enjoy equal rights and equal treatment,” said Fletcher, who has crossed party lines in the past on some controversial issues.  “We should all be working towards a future that is inclusive, safe and free that creates opportunity and prosperity for every citizen. For me, that is the goal of a more perfect union. Those values and principles haven’t changed, but I believe the Democratic Party will better make them a reality for people.”

He noted that the Republican Party has changed over the last decade, adding, "In many ways the party has left me. But it is also true that during the same time I have changed as well. Our life experiences contribute greatly to how we view the world. In the last decade I went to war, became a father, governed in a period of great economic crisis and am now preparing to put two children in public school. I’ve sat with janitors who can’t afford healthcare, small business owners struggling to make ends meet, attended services for cops killed in the line of duty, met dreamers who are in the only country they have ever known and sat in classrooms with teachers doing the best they could in a tough environment. I learned a lot while confronting new information and a changing world.

Mickey Kasparian, a leader of the United Food & Commercial Workers Union locally, posted that he has seen Fletcher’s commitment toward working familes.  “True leaders do not take the easy way out. They do what they feel is right,” he wrote, praising Fletcher for his “courage.”.

Not all Democrats welcomed the new addition. “Rumor was that Fletcher is, or was a member of ALEC (funded by the Oil Industry, Big Pharma, the Koch Brothers, etc.) If that's true, he doesn't seem like a good fit to the Democratic Party, or for that matter democracy in general,” Mike Thaller, Democratic Central Committee member and candidate for the statewide Progressive Caucus chairmanship, posted at a U-T San Diego story on the shift.

The move drew some criticism in conservative circles Stephen Puetz posted this on Facebook:

“’I didn’t just vote to cut welfare, I voted to eliminate it’ -Nathan Fletcher, one year ago while seeking the Republican Party endorsement.So Nathan Fletcher becomes a Democrat today and the first item on his list is to send out a email calling Carl DeMaio (gay, social moderate) a Tea Party candidate who is bad for San Diego.The only thing more sad than his hypocrisy and ongoing identity crisis is his unchecked resentment towards those who ever stood in his way.”

But some voters pledged continued loyalty to Fletcher, a former Marine.  “Nathan, it doesn’t mater what party you belong to,” Anna Peschong wrote on Fletcher’s Facebook page, “You’re a grea guy and a true patriot.”