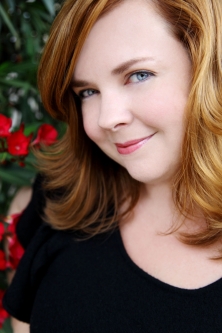 Sophie Camilleri, president of the CCA Creative Writing Club noted, “We are very proud of this year’s line-up of speakers. We have New York Times bestselling authors of young adult  novels, graphic novels and comic books, Hollywood screenwriters and producers, an amazing poet and performer, a literary agent, a college essay expert, a Comedy Central stand-up comic, an award-winning playwright, songwriters, and so much more!”

Bestselling young adult author Gretchen McNeil will present the keynote address. McNeil is the author of several young adult novels including I’M NOT YOUR MANIC PIXIE DREAM GIRL, GET EVEN, GET DIRTY, and TEN, as well as the horror/comedy novels #MURDERTRENDING and #MURDERFUNDING.  Her next novel NO ESCAPE hits shelves in the fall of 2020.  GET EVEN and GET DIRTY have been adapted as the series Get Even for BBC/Netflix, coming in 2020. Her keynote is titled The Storyteller’s Stage.

This year’s Inspirational Speaker is Abdi Nazemian, author of two young adult novels, LIKE A LOVE STORY and THE AUTHENTICS. His novel, THE WALK-IN CLOSET, won the Lambda Literary Award for LGBT Debut Fiction. His screenwriting credits include the films The Artist's Wife, The Quiet, and Menendez: Blood Brothers, and the television series The Village and Almost Family. He has been an executive producer and associate producer on numerous films, including Call Me By Your Name, Little Woods, The House of Tomorrow and Scotty and the Secret History of Hollywood. He will present Creating Your Own Identity.

Over 200 high school students from all over San Diego County and neighboring areas are expected to attend this year’s conference.  Students should check out the conference website at https://ccawritersconference2020.weebly.com/ to register. Advanced registration is required.

In order to provide this FREE experience to high school students, the CCA Creative Writing Club is continuing to look for individual and corporate sponsors. Individuals can Sponsor a Student for as little as $25, or become a Gold Sponsor for more. Sponsors can email ccawritersconference@gmail.com for more information on how to contribute.

The Mysterious Galaxy Bookstore will sell speakers’ books with a portion of the proceeds going to the conference.

In addition to the keynote and inspirational speakers, attendees will be able to choose among workshops from:

Cecil Castellucci, the New York Times bestselling author of books and graphic novels for young adults including SHADE, THE CHANGING GIRL, BOY PROOF, SOUPY LEAVES HOME, THE YEAR OF THE BEASTS, TIN STAR, THE FEMAIL FURIES, and ODD DUCK. She will present Heroes and Villains.

Amy Spalding, the author of several novels for teens, including the bestselling THE SUMMER OF JORDI PEREZ (AND THE BEST BURGER IN LOS ANGELES) and WE USED TO BE FRIENDS. She will present Taking the Tragedy Out of LGBTQ Young Adult Fiction.

Nick Zayas, a writer for both film and television. He spent three seasons as a writer on the TNT drama MAJOR CRIMES, and currently writes on the upcoming STAR TREK: PICARD from CBS: ALL ACCESS. Last year, he sold his feature TIME CENTRAL to Netflix, and also has a pilot script deal with AMC. He will present Writing for Film and TV.

Marivi Soliven, author of 17 books. Her debut novel THE MANGO BRIDE (Penguin, 2013) won Grand Prize at the Palanca Awards, the Philippine counterpart of the Pulitzer Prize, and has been translated into Spanish and Tagalog. To highlight the need for Own Voices stories, she organized Centering The Margins: Conversations with Writers of Color in March 2019. She will present Done in a Flash.

Christopher Hamilton is the CEO and Head of Faculty at Hamilton Education, which offers a full-range of educational services for students in grades 5-12 including test Prep, college counselling, AP help and more. He will present Six Secrets for Great College Essays.

Greg van Eekhout, author of eight novels. His work has nominated for the Nebula Award, the Andre Norton Award for Young Adult Science Fiction and Fantasy, the Cybils Award, and was listed on the New York Public Library's Best Books of 2019. He will present From Garbage to Gold.

T. Greenwood, award-winning author of twelve novels including KEEPING LUCY, BODIES OF WATER, WHERE I LOST HER, and RUST & STARDUST. She teaches creative writing at San Diego Writers, Ink and online for The Writers Center. She will present Plotting the Three-Act Structure.

Gordon Downs, a stand-up comedian and writer/consultant for ROAST BATTLE LLC and ROAST BATTLE Season 2 & 3 on Comedy Central, and a former head monologue writer for FAIR GAME with Brock Everett (Audience Network/DIRECTV) and Staff Writer for TRUTH & ILIZA on FreeForm TV. He will present Stand-up 101: Everything you wanted to know about stand-up comedy but were afraid to ask.

Aleta Barthell, a playwright/screenwriter/teacher. Her play, NIGHT WITCHES: FLIGHT INTO FANTASY, was a part of the New Village Arts Theatre’s “2019 Final Draft Festival.” She is a teaching artist with Playwrights Project and founder of the youth theater education program, Kids Act, at New Village Arts Theatre. She’ll present Where to Start? Beginning a Play.

Patricia Nelson, a literary agent with Marsal Lyon Literary Agency since 2014, representing young adult, middle grade, and select adult fiction. Her clients include award-winning and bestselling authors. She will present Getting Published 101.

James Raney, author of the JIM MORGAN series and LORD OF THE WOLVES, is a two-time Foreword Reviews Book of the Year Finalist for Juvenile Fiction, and is the winner of the 2015 Writer's Digest Book Award for YA/Middle Grade Fiction. He will present Fast and Furious: Writing Great Action Scenes.

Matt Coyle, author of the bestselling Rick Cahill crime series which have won the Anthony, Ben Franklin Silver, Foreword Reviews Book of the Year Silver, and San Diego Book Awards, and nominated for the multiple Macavity, Shamus and Lefty Awards, as well as named to numerous Best Of lists. He will present One Mystery Writer's Bumpy Road to Publication.

Serena Leitner, comic book creator, attended the School of Creative and Performing Arts and is currently pursuing a comic arts career while she attends Miramar college and teaches at Little Fish Comic Books Studios. She will present Composite Comic.

Kevin & Nancy Langdon, singer-songwriters and performing improvisors. They coach and teach improv and musical improv at local theaters and their own classroom in Kearny Mesa. They will present Writing Memorable Songs.